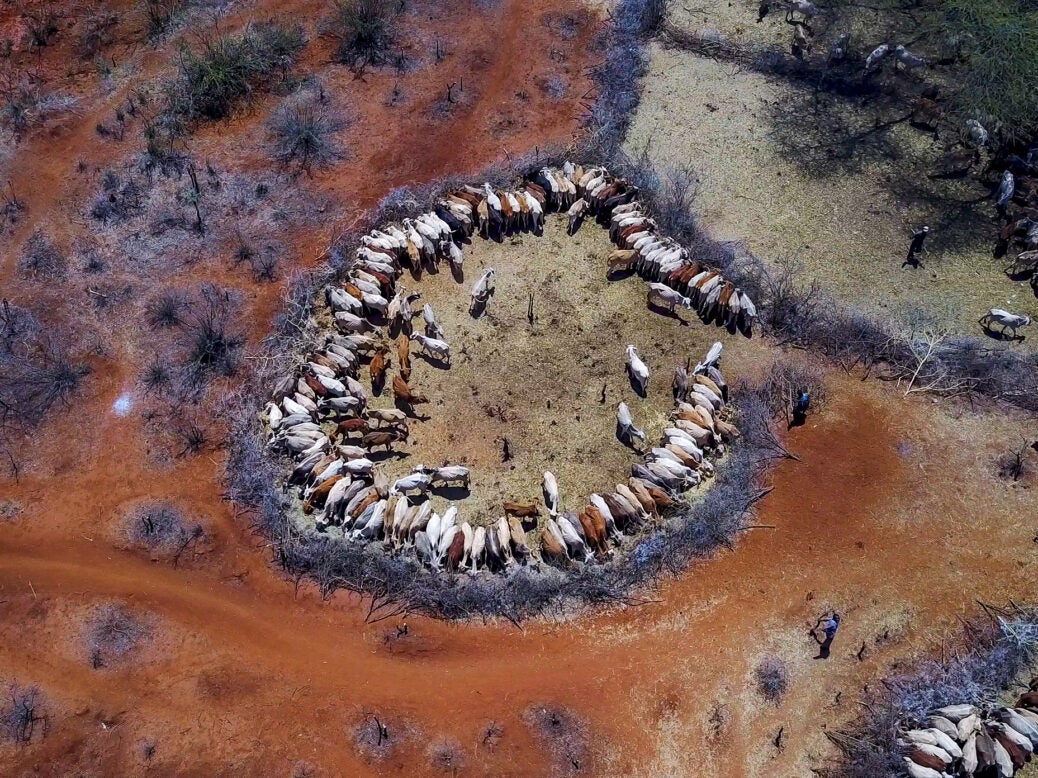 On a crisp November Saturday in Scotland, world leaders gathered to thrash out the final details of what would become the Glasgow Climate Pact.

Exhausted from 13 days of negotiations and riled by last-minute attempts to scale down ambition, negotiators’ hopes of reaching consensus were wearing thin.

But no one wanted to stumble “a couple of metres from reaching the finishing line”, said European Commission vice president Frans Timmermans. And finally, at around 9pm local time, the Cop26 agreement was sealed – albeit with a commitment to “phase out coal” diminished to “phase down”.

The real finishing line for preventing catastrophic levels of climate change, however, is still to come.

2050 is the latest date by which UN scientists say global emissions can reach “net zero”; meaning that greenhouse gases produced by human activity must either be eliminated or re-absorbed by this point.

Furthermore, by 2030, emissions must halve if there is any hope of limiting warming to a “safe” 1.5°C.

In light of this time pressure, what was once seen as a radical aspiration has this year become almost the default: 136 of the world’s 195 countries are now signed up to a net zero pledge of one kind or another, according to the Net Zero scorecard project. These commitments cover 90 per cent of the world’s GDP and 85 per cent of its population.

Every day brings a flurry of new promises. Businesses want in on the net zero act (who doesn’t love a side of McGreenwash with their Big Mac?), and 3,067 have signed up to UN’s Race to Zero initiative. So too have universities, colleges, and – despite the Covid-19 pandemic – hospitals, led by the UK’s NHS.

Music labels have followed individual bands. An F1 racing team has even boasted it can become “climate positive” within the decade.

The bad news is that most of these national pledges are still far too vague and non-binding. Only 18 per cent of global emissions are, in fact, covered by meaningful net zero commitments. Many 2050 targets don’t recognise the need for a linked 2030 ambition. Others rely on dubious offsetting plans, or fail to include emissions from products that are produced elsewhere. Some countries even have dates after 2050 as their cut-off point.

Relatedly, there is a strong case that wealthier countries, who have historically contributed more to the world’s cumulative emissions, should be setting themselves tighter timelines than developing nations. Not least because they also have more resources to make the transition to clean energy.

The climate itself is increasingly reminding governments of how urgently the transition is required. From Germany, where historic floods made climate central to the election agenda, to Canada, where wildfires destroyed whole towns, voter concern is reaching new heights. In November, the climate crisis became the number one issue on the British public’s mind.

Wherever you position yourself on the spectrum of faith in UN climate negotiations, the call to action is growing as 2022 begins.

“I was really moved by the people-power I saw outside of the Cop,” said Kenyan climate activist Elizabeth Wathuti after she returned home to her drought-stricken nation. “It kept me thinking that the real change is going to come from these people, back in their communities, trying to work on the real solutions.”

Find the other entries in the New Statesman A-Z of 2021 here.