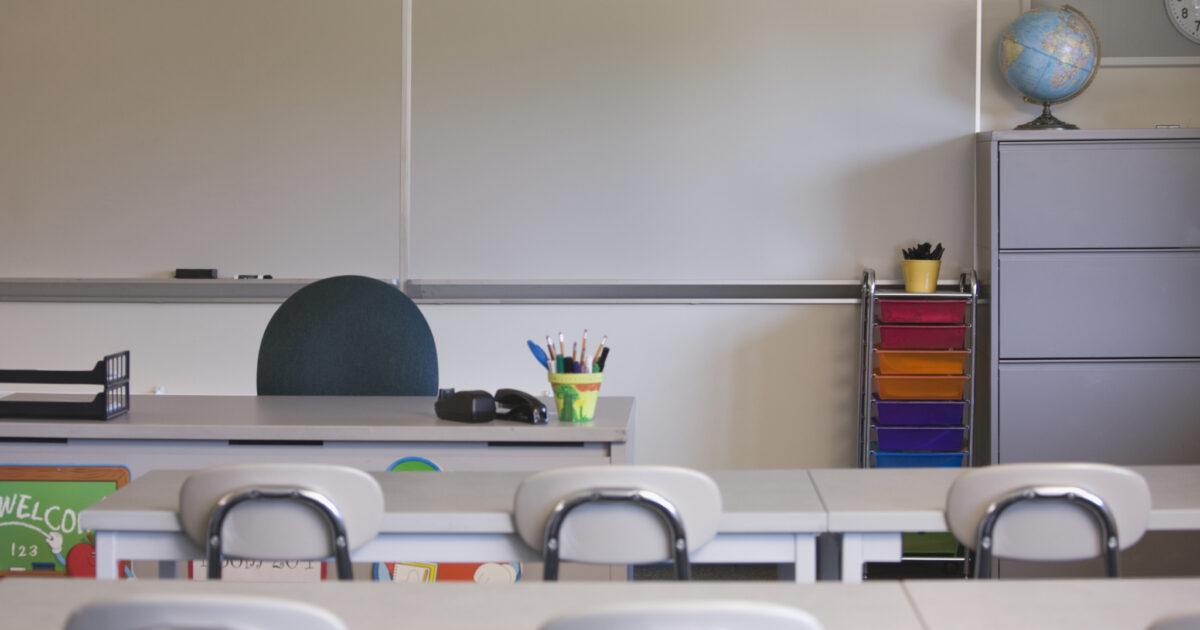 No matter who you ask, whether it’s education association officials, university professors, researchers or the teachers themselves, they’ll all tell you the same thing:

The number one problem facing Wisconsin’s rural school districts is finding — and keeping — enough teachers to teach in those districts.

“The teacher shortage is an issue all across the country,” says Kim Kaukl, who worked for more than 30 years as a school administrator before becoming the executive director of the Wisconsin Rural Schools Alliance (WIRSA). ​“But it’s really exasperated out in the rural areas because of the location of many of our rural districts, especially when you’re trying to attract young people to come out to more remote areas.”

On the other end of the career spectrum, Kaukl says the pandemic is impacting teacher retirement. ​“The people that are close to retirement [and] near the end of their career are maybe opting to go early because [the pandemic has] mentally taken a toll on many of them,” he adds.

Leah Lechleiter-Luke, who has spent 30 years in front of the classroom between the Norwalk Ontario Wilton School District and Mauston High School, has seen the rural school staffing challenges first hand. ​“When I entered the profession, there was not a teacher shortage,” she ​“Now we have numerous teachers who are on emergency licenses filling vacancies and we have numerous long-term [substitutes] in our district filling vacancies for six months or up to a full year at a time.”

The impact of the teacher shortage on students and rural school districts has both immediate and long-term problems. When a teacher leaves their classroom job, other educators — who already have their own classrooms — inherit those students, which increases the pupil-to-teacher ratio, meaning teachers are stretched further and among more kids, lessening the time available to each student.

From there, the problems become cyclical: a rural school district may look less appealing to prospective teacher applicants because of the higher pupil-to-teacher ratio, so jobs aren’t filled as quickly as needed. Larger class sizes and cut backs made to extracurricular activities due to a lack of educators to oversee them can cause parents to transfer their students. Fewer students in a district means they will receive fewer tax dollars from the state to spend on things like teacher salaries and education needs, making the rural districts even less appealing to both prospective teachers and parents.

Kaukl says two of the most common reasons that teachers decline to work in or leave the rural districts is because of social life and salary needs.

“Younger folks want to be where there’s other younger folks and where there are things to do,” Kaukl says. ​“And amongst our 167 [rural] school districts, our low end is $35,000 [a year] for a starting teacher and the high end is somewhere between $46,000 – 48,000. It’s hard to keep people at that lower end of that salary structure.”

Lechleiter-Luke says that on retention, there are other factors at play. ​“The union member in me wants to blame it all on Act 10,” she says, referring to the state legislation that was passed in 2011, which eliminated collective bargaining agreements and significantly cut employer pension and health insurance contributions for most public sector employees.

Without collective bargaining, teacher raises have also failed to keep pace with inflation. Over the past decade, teachers have seen salary increases of roughly 10% around the state in both urban and rural districts, half the rate of inflation. Combining that salary-to-inflation disparity with the decrease in employer-paid benefit compensation — reducing teachers’ take home pay — some rural teachers now make less money than they did before Act 10.

Lechleiter-Luke, who also sits on the WIRSA board, adds that ​“increased pressure to pick up extra duties because of reduced staffing is exhausting.”

Despite these known — and heavily discussed issues — there is a lack of data documenting the rural teacher recruitment and retention challenges.

On average, Collins says her program at UW-Platteville has 500 future teachers enrolled. But to meet the growing demand, Collins and her team decided to do something drastic to draw in more would-be educators: They created a program that offers student loan reimbursement for teachers.

“For those students that now come into elementary and middle [education], if they stay with us for four years and graduate and get a job, until they make $48,000, we have committed to pay back a portion of their student loans,” explains Collins, who adds that 25 of the 30 new incoming education school students from this fall’s cohort have signed up for the program.

Collins is certain that this new financial incentive will benefit rural school districts. ​“It helps when they’re out there and they’re making a decision,” she says, adding that future teachers can now say to themselves, “‘I could afford to stay in this rural area that I want to be in.’”

Looking forward, Collins says this financial aid loan reimbursement program may also draw new students to the field of teaching. And, even if it’s just a few, that will make a big difference. ​“Even if we get five or six more [students], that’s five or six more teachers that we can help put out there and help support once they graduate,” she adds.

Jennifer Seelig, a research scientist in K‑12 education at NORC at the University of Chicago, whose work has included extensive study of rural schools in Wisconsin, says there is more help on the way.

In a partnership between two school associations, the Rural Schools Collaborative and the National Rural Education Association has created what they are calling the ​‘Teach Rural Job Board.’

Seelig calls the program a ​‘teacher to rural school matchmaker.’ ​“Districts can post job openings and then anybody who’s potentially interested in working in a rural district would be able to click on a wide variety of information,” Seelig says. ​“They are sorted by region, type, grade, salary, different types of roles, their part-time positions [and] full-time positions.”

This new job posting website can do a lot of the work in teacher recruitment, notes Seelig. ​“Small rural districts sometimes don’t have the personnel or the resources that they can allocate to somebody within their district to do the work of getting the word out, finding the right teachers and making sure that people are aware that is a position that’s open to apply for,” she says. ​“If there are Illinois teachers who are trying to get back to Wisconsin or folks in Minnesota who would like to teach here, now there’s an opportunity to reach teachers outside of a more narrow scope either within Wisconsin or within a region that school might market otherwise.”

In addition to programs like the loan reimbursement program at UW-Platteville or the rural teacher job posting board, Seelig says school districts need to make a concerted effort to focus on building up the advantages to teaching in rural schools, instead of focusing on trying to fix the disadvantages.

“It’s really important to be thinking about why teachers stay in rural schools and communities instead of just asking why they leave,” she says.

In a forthcoming research study for the Journal for Research on Rural Education, Seelig and a colleague spoke to more than 40 teachers in three rural school districts in Iron, Iowa and Vernon counties. Seelig and her colleague were ​“listening to their stories, what brought them there, and what keeps them there,” she explains.

The study identified four reasons teachers stay in rural districts. ​“One is a commitment to students. We heard a lot about being able to connect with students in ways both inside the school and outside in the community,” Seelig says. Another reason was what she calls curricular flexibility. ​“If you’re going to be teaching math, for grades seven through 12, you are bringing a serious expertise that is shaping the math knowledge of this generation of students,” she explains.

Other reasons include enhanced opportunities for collaboration and possible professional growth into principal and administrative roles.

Lechleiter-Luke also wants to see more teacher mentoring programs, such as the Educators Rising program that she belongs to, which encourages high school and college students to serve their communities through working in education.

​“Who is better to mentor and encourage high school students to enter the pipeline than the people that they trust and that they’re around the most — their high school teachers,” she concludes. ​“We can give them so many experiences and help them to explore the profession right in our own high schools, in our own districts.”