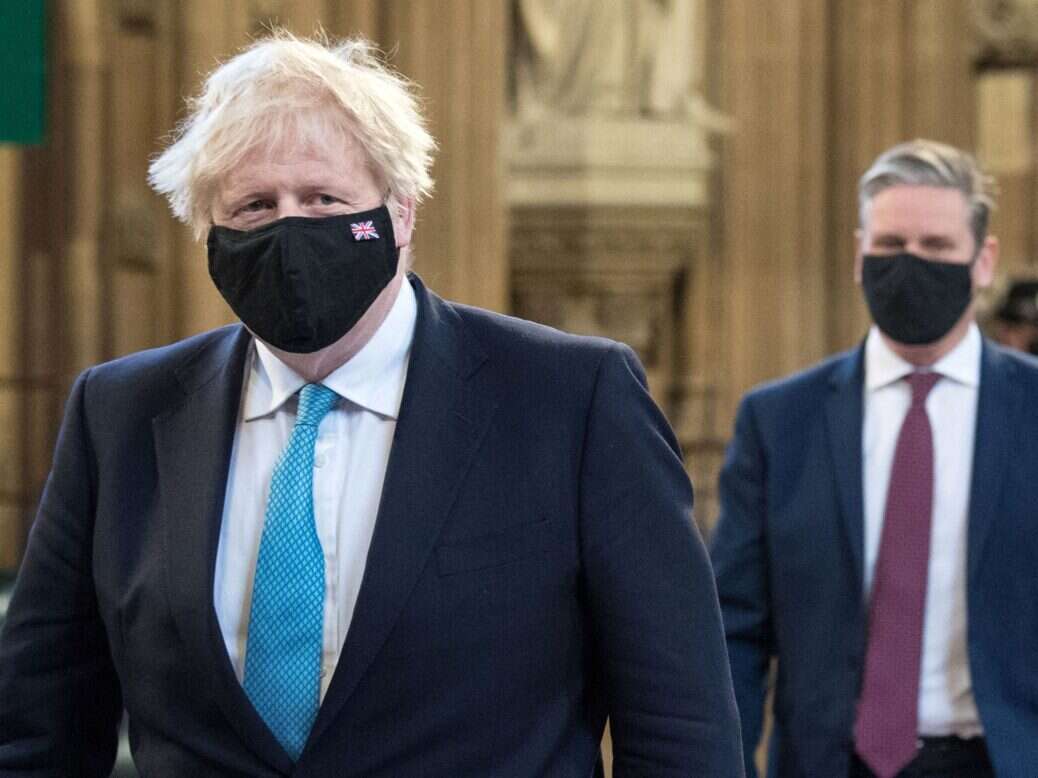 This year’s post-mortem will be my last at the New Statesman so I am going to do things a little bit differently: not only will I be discussing what I got wrong and right in 2021, and what I’ve learnt, but I will be assessing some of my longer-run mistakes and the lessons that themselves turned out to be wrong.

In the spirit that you should always get your worst take out in the open first, I start with a doozy. I wrote repeatedly that I thought the Welsh Labour Party would struggle, for several reasons: political changes at Westminster meant that the strategy of “clear red water”, which allowed successive Welsh Labour leaders to differentiate themselves from the Westminster party, both seeing off threats to their left and effectively containing Plaid Cymru, would not work as well.

In addition, I did not think that First Minister Mark Drakeford would be able to replicate Carwyn Jones’ electoral success in north Wales, where Labour has struggled nationally and did very poorly indeed in 2019.

Why did I think this? Well, on the former at least I was in good company: many, many people in the Welsh Labour Party and beyond (not least Plaid Cymru and the Scottish Conservatives) thought that without the ability to emphasise clear differences with the party in Westminster, Welsh Labour would struggle. I think we all underestimated the degree to which – at least among voters who actually turn out in Senedd elections – Welsh Labour’s distinctive identity is inbuilt.

Less defensibly: although it’s a caricature of both men to suggest that Jones was some kind of bruiser and Drakeford some kind of softly-spoken donnish intellectual, it is true to say that is how they are perceived. (And indeed, it’s a role both men have superbly play-acted at times: see, for instance, Drakeford recently saying that “I am told that nightclubs are places people go to be up close and personal”. Drakeford knows full well what a nightclub is, but it fits into the image that plays well for him electorally for him to play up his fuddy-duddyness.)

Given that essentially Labour’s “north Wales problem” is basically just its “man without a post-GCSE qualification problem”, I thought this would be a problem.

If you had told me that Drakeford was going to equal the Welsh Labour Party’s best-ever election result, I would have guessed that he would have done it by performing even better among the voters who have moved towards Labour in recent elections, rather than performing incredibly well in regions the party has struggled in. What do I think I got wrong? I think I underestimated the extent to which Jones’ success was a product of his authenticity (a quality that Drakeford also has) and overestimated the extent to which it rested on Jones’ distinctive personal traits.

This one’s quite easy: I don’t think anyone now believes that the incredible electoral results enjoyed by the Conservatives in England, the incumbent metro-mayors and the devolved governments in Scotland and Wales weren’t a reflection, first and foremost, of the political moment, rather than a passing phase. That’s not to say that Boris Johnson’s present difficulties aren’t also a passing phase: it’s just to say that the elections in May were also visibly a passing phase.

What do I think we can learn from this? Well, I see this more as the validation of this exercise, because…

I arrived at the NS in early 2015, convinced that Ed Miliband would lose the 2015 election. Why did I think this? Because the Labour Party hadn’t had a “good” set of council election results since 2012. It had underperformed in 2013 and 2014, which I described as “the performance of an opposition heading for the knacker’s yard, not Downing Street” while still at the Telegraph.

I don’t think it means that local elections are meaningless as far as national politics is concerned: I think that May 2021 was a very useful indicator about where, exactly, Johnson’s Conservatives are politically weakest. That, at a high watermark for Johnson, his party went backwards in Chesham and Amersham at the locals was an indicator that the party had a problem in Remain-heavy seats, as Chesham and Amersham would demonstrate again later on in 2021. That places such as Worthing swung towards Keir Starmer’s Labour Party, even during what must be ranked as one of the biggest public policy successes of any British government, is an indicator that Labour should be more interested in trying to win places like Worthing, including ones such as Bracknell, which currently look out of reach.

But as far as using local elections as gauges of general election performance… nah. Complete waste of time. I no longer do this and I think this is a good thing.

I thought that Labour would hold Hartlepool

I thought Labour would hold Hartlepool for a number of reasons. The first is just the base rate: oppositions tend not to lose byelections. The second was my assumption that while the vast majority of Brexit Party voters’ second preferences across the country as a whole were Conservative, the abnormally high Brexit Party vote in Hartlepool was a reason to believe those voters would behave abnormally. Of course, those voters did not behave abnormally and Labour did not hold Hartlepool.

What do I think I can learn from this? I think the most important thing is that it’s a reminder that an odd concentration of voters does not mean that those voters are themselves odd: the larger pool of Brexit party voters in Hartlepool did not reflect something idiosyncratic about Hartlepool’s Brexit Party voters, just that there were more of them. We should assume that other Labour MPs with large concentrations of Brexit Party votes, such as Dan Jarvis in Barnsley Central, face a comparable level of threat to Labour in Hartlepool.

This one wasn’t particularly difficult. What I would say I have learnt from the 12 by-elections in Labour seats since I arrived at the NS is that, in the long run, “oppositions tend not to lose by-elections” is a pretty good rule: by-elections are for any number of reasons, more favourable to the opposition than the government, and it is therefore hard for opposition parties to lose them.

This holds true even when circumstances are bad: Labour held Batley, albeit narrowly, at a time when the government’s vaccine bounce had not yet unwound, held Newport West and Peterborough when the two major parties were both leaking votes over Brexit, and Stoke despite having an unpopular leader and losing the Copeland by-election on the same day. It is essentially true to say that it is highly improbable that an opposition will lose a by-election and even when the circumstances make it look likely, it probably isn’t.

This is the 2021 call I’m happiest about: I think given the available information (the Green Party did not stand in either Brecon and Radnorshire or Richmond Park, the two other Liberal Democrat by-election victories of the period), saying that Chesham and Amersham was winnable but that the impact of the Greens standing and fighting the seat was unknowable was the right call.

Chesham and Amersham was a by-election that basically told us a bunch of things we already know but this was nonetheless useful: the Tories do have a problem with affluent Remainers and the Liberal Democrats have a formidable by-election operation. But we can also add a useful fact: the presence of a Green candidate need not be a game-changer for them, despite the fact the two parties are relatively close to one another in terms of national poll ratings.

I made sweeping comments about the Liberal Democrats’ inability to win this seat more times than I care to think about. (Sample comment: “that dog won’t hunt: or rather, that dog does hunt, in defiance of the hunting ban”.)

While it is obviously true that the Conservatives have a particularly bad Liberal Democrat problem in Remainer-heavy constituencies, as demonstrated by the parts of England they struggled in even in May 2021, and the fact they lost Chesham and Amersham while ahead in the polls nationwide, I think I overindexed on that at the expense of remembering a fairly simple truth: the Liberal Democrats have a very effective by-election machine and they tend to do well at the expense of the major parties in seats where there is no history of a serious challenge from the main opposition party. (Although Labour has finished second seven times out of the past eight, they finished a meaningful second just once, in 1997.)

While some of my best friends work in or have worked in politics, I do always think that on a day to day basis, a healthy degree of contempt is a good way to approach the political commentator-politician relationship.

Yes, it’s in the Liberal Democrats’ interests to talk up their hopes at a by-election even if they think that they are privately not within a chance, and yes, it’s in the interests of an embattled Conservative leadership to make concerned noises about a by-election in one of the safest Tory seats.  But it doesn’t mean that North Shropshire is not in play!

Yes, every Labour leadership uses their rulebook as a stick to beat their opponents with, and every Labour faction not currently in control of the party’s structures pretends that they never did this: but that doesn’t mean that the only analysis of this behaviour should be “Here’s the new boss, he’s just the same as the old boss!” (Obviously it’s a “he” – it’s the Labour Party!)

I think there are, if not “rules” of politics, some pretty good general principles

I’m not saying you will always be right if you think of things in terms of their base rate, not least because your perception of what the base rate actually is may be wrong, but you will, I think, be wrong less often. I don’t mean this in the sense of banalities such as “elections are won in the centre ground” – a term that is essentially meaningless. Theresa May was in many ways a more “centrist” proposition than David Cameron, who oversaw an astonishingly radical reform programme for five years: yet he did better electorally speaking than May.

I mean that rules such as  “opposition parties rarely lose by-elections”, “the Conservatives win general elections more often than not”, “the Liberal Democrats are very effective at by-elections”, “Labour rarely gets rid of its leader” will not always be right but you will in general be less wrong if you follow them. I will set out some of what I think those principles are in spring 2022.