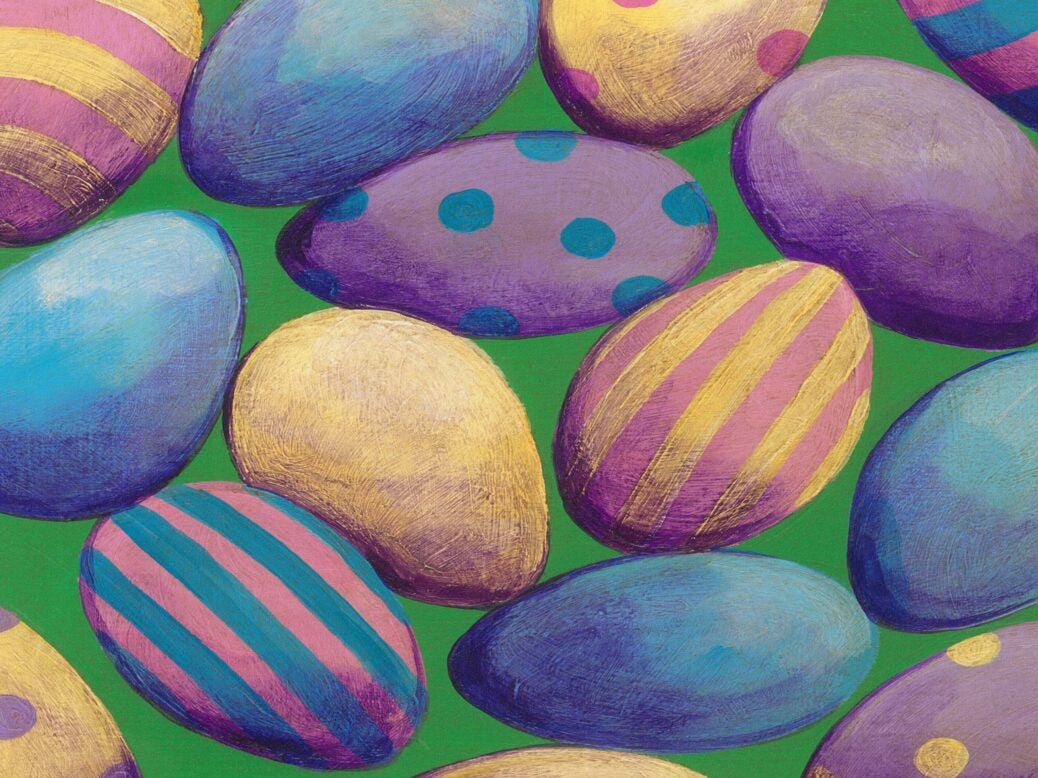 For the first time in my life, I regretted being unable to speak Gujarati. It all happened in Tesco – which, I’ll admit, is a strange location to have an identity crisis.

My 80-year-old grandma wanted to treat me to an Easter egg, so my mum and I drove her to the big Bradford Tesco on a blue-skied spring Saturday morning.

My mum left to find a trolley, leaving gran and me with the Easter eggs. As a child, I used to dread moments like this. I knew that if my gran tried to strike up any conversation, I wouldn’t be able to reciprocate – and I’d feel embarrassed that she was speaking a different language in public.

And then it happened: she asked me why two prices were displayed for the eggs. I could understand her, but I was incapable of translating what I wanted to say. My brain was in overdrive, wondering why it was taking my mum so long to find a trolley and attempting to explain that the discounted price was for Tesco Clubcard holders. I was sweating more than I did in my pure maths exams.

I was able to string some disjointed words together through my face mask that day, but felt devastated that I couldn’t even hold a conversation with her. I’d point at various Easter eggs confirming, “Manē game” (I like it), and for almost everything else, “Nī khabara” (I don’t know). They’re my go-to safe phrases.

My grandma followed my grandad to Bradford in the 1960s from the dusty villages of Gujarat in India. Both in their early twenties, they took a huge risk moving across the globe with no connections and no money. All they had was the hope that the UK could give their children, and grandchildren, more opportunities in life.

In all my life, I’ve never seen my gran dressed in anything but a sari, with her hair locked in a tiny, firm bun. I’ve never seen what her actual, untamed hair looks like. The bun just became greyer as the years went on.

Growing up, shunning the non-British side of yourself was as standard as having poker-straight feathered hair, Rockport boots and two millimetre-thin eyebrows. It was the only way to fit in. I had frizzy hair, thick eyebrows and no Rockports – it was the only way I could fit in. So, I ignored my heritage; I saw it as a hindrance.

Now, 15 years on from my pre-teen shame, I’ve come to embrace my identity. I’m grateful not to be a carbon copy of everyone else. It took me probably too long to realise that I have the privilege of enjoying the best of both worlds.

On the drive back home from the supermarket, I imagined my gran arriving in Bradford six decades ago without knowing a word of English. I wonder how out of place she feels not knowing the language of the country she’s now lived in for 60 years. I would have asked her that day in Tesco – if I could only speak a sentence of Gujarati.

Tammie Ash is supported by A Writing Chance, a UK-wide project from New Writing North designed to discover new writers from underrepresented backgrounds whose voices have historically not been heard in publishing and the media. You can read work by other writers in this initiative here.

A Writing Chance is co-funded by Michael Sheen and the Joseph Rowntree Foundation and supported by the New Statesman and the Daily Mirror. The project is delivered by New Writing North and literature organisations nationally, with research from Northumbria University.