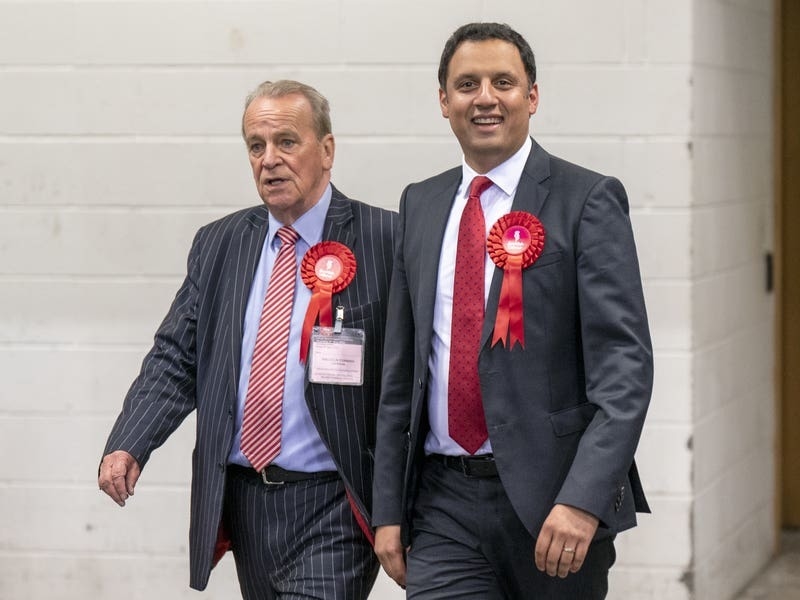 The chief of Scottish Labour has declared “the Ruth Davidson project is dead”, as his occasion celebrated features in Glasgow Metropolis Council.

On a day which noticed Conservative losses up and down the UK in native authorities elections, Anas Sarwar added that “the nasty Tories are back”, following earlier Conservative success below former chief Ms Davidson.

“It’s been almost a decade and it’s the first time we’ve had a cheerful day for the Scottish Labour party,” he stated.

He added that there have to be a coalition inbuilt time for the subsequent common election to be able to “boot Boris Johnson out” of Downing Road – a vote which he stated might be “Boris versus Britain”.

Mr Sarwar added: “For well over a decade now, we’ve had a politics in Scotland where there’s been one dominant party, and there’s been a Labour party that’s been not on the pitch, not been willing to compete, and a Conservative party whose limited ambition has been to come in second place.”

He stated the features Labour has seen in Scotland’s largest metropolis “demonstrates that over the last five years, the administration in Glasgow has neglected the city of Glasgow”.

He stated the occasion has “proactively made an effort to change the tone” of its politics in Scotland, including there might be “less of the division, less of the us versus them, less of the shouting down, ‘who truly loves our country, who truly doesn’t’” going ahead.

“We’re all Scottish, we all love Scotland, we all want what’s best for Scotland,” he stated.