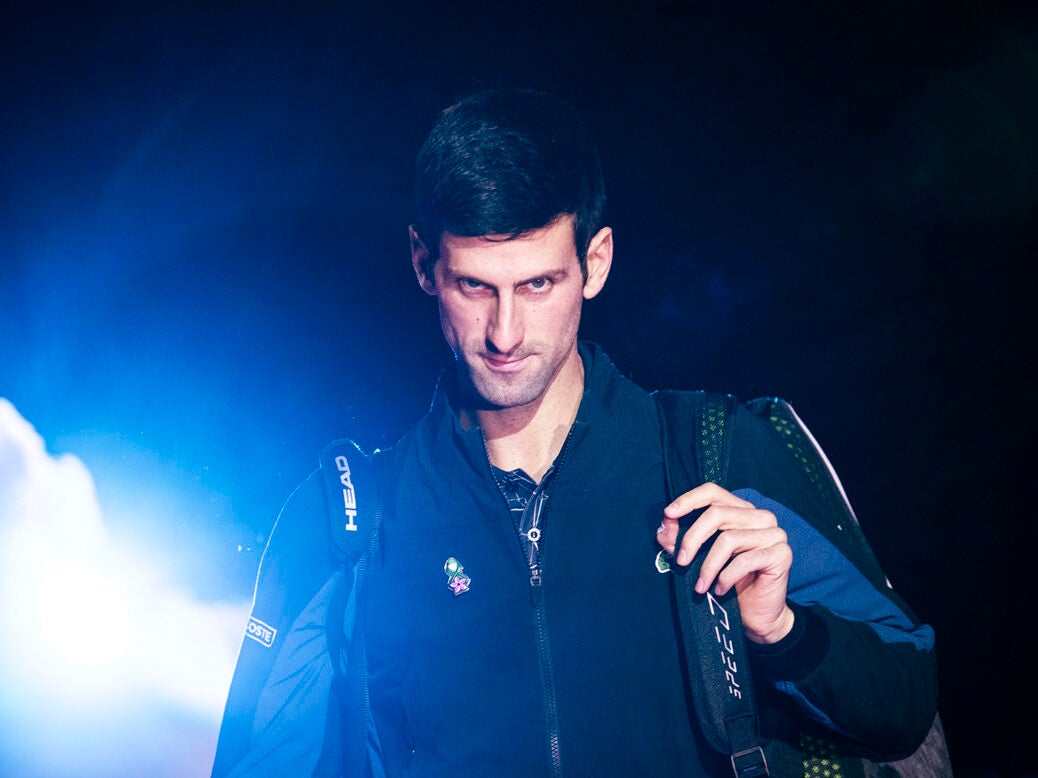 A small crowd had gathered outside the Park Hotel in Melbourne. Long past midnight, under cover of darkness, they lit candles and sang songs. They waved Serbian flags and held aloft banners bearing the name and image of their chosen one. Was this some sort of sinister religious cult? A moonlight vigil in memory of a murdered political dissident? Or simply excitable tennis fans trying to get a view of their favourite player?

In reality, it was a mixture of all three. As it turned out, Novak Djokovic was not dead. He was not even really being incarcerated. Unlike many of the internees at the makeshift immigration detainment centre in Carlton – refugees and asylum seekers being held in squalid conditions, often for years, while their cases were processed – the world No 1 men’s tennis player was free to leave and get on a first-class flight back home whenever he wanted.

His only crime, if you could even call it that, was to attempt to enter Fortress Australia in 2022 without a vaccination certificate or a valid medical exemption. In the meantime, expensive lawyers were arguing his case. A fast-tracked court hearing on Monday 10 January will determine whether he can stay in the country and compete in the Australian Open, where he is favourite to break the all-time men’s record of 21 Grand Slam titles.

None of which seemed to provide much comfort to Djokovic’s outraged fans or family, who continued to demand the release of their idol in what you have to call slightly melodramatic terms. “Jesus was crucified, and he endured, he is still alive among us,” Djokovic’s father Srdan said. “They are trying to crucify Novak in the same way, to underestimate him, to throw him to his knees, to do everything to him.”

Back in the secular world, an arcane dispute over visa requirements for a tennis tournament had somehow escalated into a full-blown diplomatic incident. The Serbian president Aleksandar Vucic was unstinting in his criticism of the Australian Prime Minister Scott Morrison, accusing him of a “political witch-hunt”. Angry crowds gathered in Belgrade. Australia’s ambassador to Serbia was summoned to the foreign ministry to explain himself.

How did we reach this point? On the face of things, Djokovic’s plight was entirely of his own making. Although he has never publicly disclosed his vaccination status, he has made fairly unambiguous anti-vaccine comments in the past, and strongly opposed regulations requiring players to get vaccinated in order to compete. As Rafael Nadal, one of his rivals, put it: “If you are vaccinated, you can play. He made his own decisions.”

But as ever with Djokovic, there were complicating factors. For one thing, the player had been assured by tournament organisers and the Victoria authorities that he was free to travel, having been granted a vaccine exemption on medical grounds (believed to be a recent Covid infection). Yet on arrival at Melbourne airport, amid growing public outcry, Australian border staff and Morrison took a different view. Djokovic was held and questioned at the airport for several hours. Finally he was denied entry and moved to the Park, which according to TripAdvisor is 105th out of 170 hotels in Melbourne.

Clearly the whole thing had been handled abominably from bottom to top, with a strong suspicion that Morrison was using Djokovic’s case to boost his own political standing. In any case, for a player who has long harboured an acute persecution complex, a sense that the world is against him, there was plenty of fresh fuel here: more obstacles to be surmounted, more enemies to be fought, an adversity that would only strengthen his resolve. This has in many ways been the theme of Djokovic’s career, a trophy-laden dominance that still identifies itself as a kind of guerrilla resistance.

There is a word in Serbian culture – inat – which is often translated as defiance, resilience, pride or stubbornness, but really has no equivalent in English. In fact there is an innate paradox to inat, one that incorporates both refusal and resignation, satisfaction and dissatisfaction, self-awareness and self-delusion all at once. Inat is the state of simultaneously accepting one’s fate while also resolving to fight it. Inat is choosing with relish to do the thing that is forbidden, taking strength from one’s moment of greatest weakness, growing in direct proportion to the animosity one encounters.

In the case of Djokovic, it invariably involves taking the path of most resistance, a belief that victory without struggle is no sort of victory at all. On the court he has finally overhauled the great Nadal and Roger Federer with a game based on immaculate defence, on counter-punching, on absorbing an opponent’s power and throwing it back in their face. Off the court he seems to harbour a desperate need to be liked, even as his actions – angry outbursts against officials, a spiky relationship with the media, disagreements with rival players, his anti-vaccine stance – seem fated to antagonise.

I crave your love, and so I will make it impossible for you to love me. This is the enigma of Djokovic: his mantra, motivation and the source of his power. Perhaps this helps to explain why Djokovic seems to inspire such fanatical devotion in a small core of believers, even as the wider world disdains him. Perhaps, too, it explains why the world’s best tennis player is currently being confined in a four-star hotel room while his rivals prepare and practise. Why not just get jabbed? Why not just go home? But that would in many ways be to miss the point of inat. As Djokovic appeared at the window to salute the supporters who had gathered to serenade him, you couldn’t help feeling they were all getting exactly what they wanted.

[see also: Vaccine hesitancy in south-eastern Europe stems from the region’s authoritarian past]