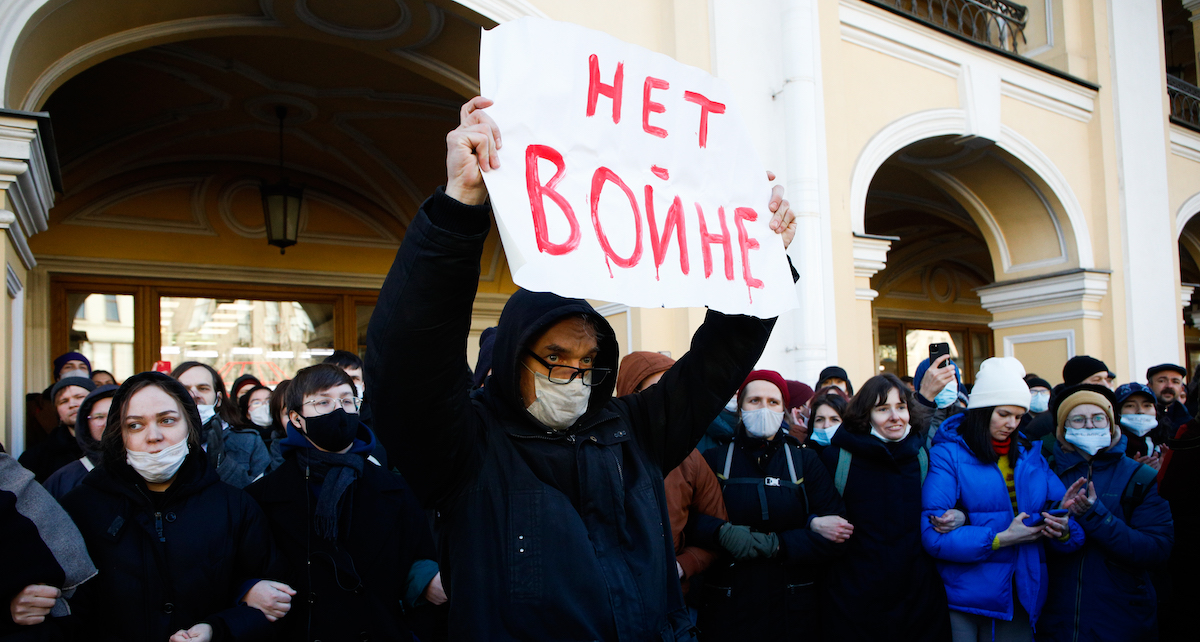 One day after Russia invaded Ukraine, Germany halted all academic collaboration with Russia, pulling the plug on existing research projects and banning the commencement of new ones. Hours later, MIT announced the end of its scientific collaboration with the tech hub Skolkovo. All Scandinavian universities soon followed. After hundreds of Russian university rectors signed a statement in early March celebrating the invasion, the European Organization for Nuclear Research and many other academic and research bodies around the world announced they were formally severing ties with Russian institutions.

Now, a number of Russian academics, including the directors of Free University Moscow, which was founded by professors who were pushed out of the Moscow Higher School of Economics in 2020, are calling on the academic community to differentiate between pro-government Russians in academia and beyond and dissenters, who they say are currently “being punished twice.” While some individual researchers have been able to retain working relationships, they say, dissenting students are especially vulnerable: expelled by their universities for “their anti-war statements” and then expelled by foreign programs “for having been students at their universities yesterday.”

Government actions over the past few years have fed a growing opposition within academia. The signers of the Free University open letter write that “Sanctions against official Russian academia must be applied with this dissenting segment in mind.”

Efforts to isolate Russian academics have not just come from outside the country. In recent years, the Russian government has considered reversing the decision, made after the dissolution of Soviet Union, to adopt European higher-education standards under a bachelor-masters system. “If Russia leaves this system,” according to Aleksei Gusev, a history professor at Moscow State University Gusev, “Russian education will be isolated and our diplomas will not be accepted in foreign countries, which will seriously harm the Russian academic community.”

In 2021, the government proposed amendments to a state-education law that would ban both unapproved educational activities and cooperation with foreign academics. According to its authors, the law was implemented in order to prevent “negative foreign influence in the educational process.” Russian educators pressured parliament to reject the proposed changes, but despite protests, letters signed, and objections printed in both foreign and domestic press, the bill passed and another wall of protection from “foreign interference” was added to the Russian education. The government also unilaterally ended a program that New York’s Bard College ran with St. Petersburg State University, declaring the program an “undesirable organization” that represented “a threat to the foundations of Russia’s constitutional order.”

So it’s no coincidence that academics and their students have formed a significant wing of the Russian antiwar movement. In February and March, they took to the streets to condemn the invasion and call for an end of the conflict. Expressing dissent has since become more difficult: even calling the invasion of Ukraine a war is now prohibited and punishable by up to fifteen years in prison. Yet academics have continued to put their opposition into writing.

“The letters people have signed clearly show that many people are against government politics,” Gusev said. But even posting letters is growing more difficult. Many of the open letters, Gusev said, “were subsequently banned from the websites where they were hosted, and signatories are facing pressure from authorities.”

According to Pavel Kudyukin, a lecturer at Free University Moscow and the Deputy Minister of Labor between 1991 and 1993, the government has ordered professors to commit to “patriotic education” and to tell students that “Russian troops’ task is to denazify Ukraine.” Educators who broke those rules, such as Irina Gen, a middle-school English and German language teacher who denounced the Russian invasion in class, now face potential jail sentences.

Other academics have been persecuted simply for leaving Russia. Kudyukin gave the example of Dimitri Dubrovski, who led a program in Human Rights and Democratic Governing at the Higher School of Economics. “He was fired in the middle of the teaching year, around March, after he left the country,” Kudyukin said. “He was able to teach remotely, but the government decided to terminate its contract and close down the course.”

Gusev and Kudyukin are both leaders of University Solidarity Russia, part of the Confederation of Labour of Russia, one of the few unions in Russia to condemn the invasion. Born out of dissatisfaction with how organized labor was co-opted by the Federation of Independent Trade Unions (FNPR), the confederation includes more than twenty independent unions. FNPR, which includes more than 120 unions, aligns itself closely to Putin’s political apparatus and came out in favor of the invasion of Ukraine, leading international organizations such as Solidarnosc and the International Trade Union Confederation to break ties with the federation.

Andronick Arutyunov, a mathematician and leader of University Solidarity Russia, told Al Jazeera that the union he represents is fighting against the passivity and complacency of FNPR by promoting a different type of unionism: “They work a lot, they go on strike, they do a lot for the people they represent and they have connections also with the employers,” he said. “They do not have as many members as FNPR, but those are real unions who exist and work.”

Over the phone, Arutyunov said that lately the majority of his union activism has been supporting university workers who have put themselves in danger by protesting against the invasion. Both Kudyuking and Arutyunov talked about their efforts to arrange transportation for their colleagues and other union members who had to leave the country as a result of their political activity.

When asked about the future of their work in academia and with University Solidarity Russia, Gusev, Kudyuking, and Arutyunov did not sound hopeful. They worry about coming budget cuts to academia and they feel uncertain about what the union will be capable of doing in the future. Arutyunov expressed concern that he and other union leaders are being watched closely by the government.

Many Russian academics, Arutyunov said, do not see a future within the current regime. Their focus is shifting towards preserving their own freedom of expression and that of their students—a task that is becoming more difficult by the day in a political climate that isolates Russian academia from the rest of the world. Putting students in conversation with researchers and ideas in other countries is becoming a fraught, if not an impossible, task. To combat that seclusion, academics are putting themselves at risk, fighting a government willing to punish those that oppose it.

Stochita Radu is a labor union activist at Cartel ALFA in Romania who documents global labor issues. His writing has appeared in Jacobin, Newsweek Romania, and Al Jazeera.