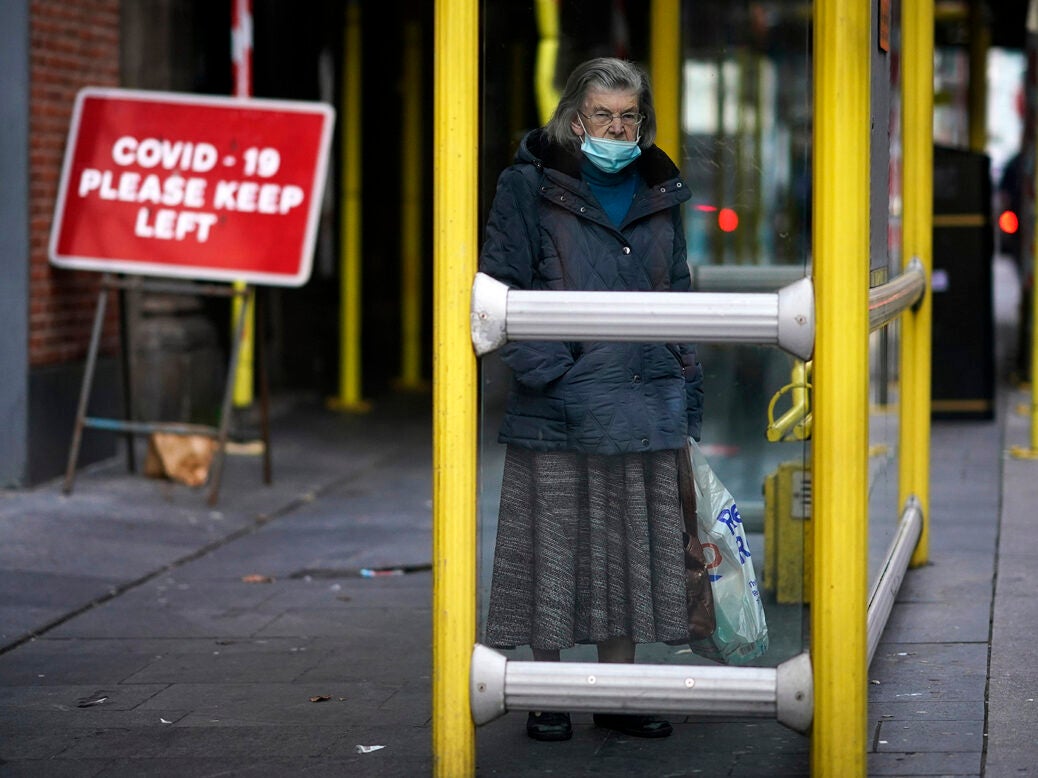 When trying to win an argument on public policy, it is best not to prove your adversary’s own point – especially when elements of the other side of the debate are outright unhinged.

The fringes of the Covid-sceptic movement are about as unhinged as it’s possible to get – haphazardly sticking “facts” together to deduce that the virus we’ve been grappling with for the past two years is a plot to kill everyone with 5G, the vaccine, or some combination of the two.

But even the more sensible wings of the Covid-sceptic faction have a tendency towards hyperbole when it comes to lockdowns, isolation, masking, or other coronavirus restrictions. Whenever they comment on Covid rules, within a few short sentences phrases like “Orwellian” soon start to appear.

So far, these accusations have been easy to rebut: early police overreach in 2020 lockdowns was quickly and freely reported by British newspapers, leading to hasty climb-downs. Restrictions in the UK have been backed by public health experts, and subject to democratic – and often contested – votes in parliament. As the pandemic has waxed and waned, restrictions have been pared back accordingly.

But now, enter the well-meaning but overly intense public health lobby – particularly on Twitter. Their new mantra is that the simple act of calling Covid rules “restrictions” is problematic. These aren’t “restrictions”, they argue – because their intent is to curb a pandemic and protect the vulnerable, they are “protections”.

Emergency #COVID public health measures are NOT “restrictions”; they’re *protections*. Coming into force in Scotland, Wales & Northern Ireland tmrow but NOTHING in England. Even tho’ England has the highest case rate. And infections in London v high (~9.5%) + hospitalisations⬆️ https://t.co/V1q1GaCliQ

It is not clear what the benefit of this re-framing is supposed to be. If the idea is that someone previously unconvinced by the idea of self-isolating for a week when they feel perfectly healthy will enthusiastically embrace it now it’s a “protection”, then it is a doomed one.

Alternatively, if the intention is to delegitimise complaints about Covid restrictions, then it’s simply mean-spirited. Yes, complaining about the need to wear a mask now and then is just tedious whining. But people who live alone complaining about highly limited social mixing is not. Nor are the complaints of hospitality businesses who’ve just seen their most profitable trading period ruined, with virtually no compensation. Neither are the worries of parents facing their children missing yet more education.

Many Covid restrictions, even when necessary, are onerous and carry a toll. To glibly re-brand something as “protection” does nothing to change that. It is difficult to imagine how this kind of re-brand could carry any benefit.

And it may well carry a cost. For a start, openly trying to change the language hands ammunition to the “it’s Orwellian” Covid-sceptics, who have seized on this effort as evidence they were right all along.

Advocates of the re-brand have reached for the analogy of the seat belt, arguing that while it could be called a “restriction”, it is in fact a “protection” against car crashes. (In reality it is both, as anyone who has reached around in a footwell for a dropped mobile phone will know.)

That brings us back to an argument about proportionality, having to discuss the costs versus the merits of each new potential Covid regulation on a case-by-case basis. That calculus is complex and ever-changing: how virulent is Omicron, how serious is it, how full are hospitals, how is the public mood, how many people are isolating? As ever, there are few easy answers. Altering terminology at this point just makes that job harder, and gets up people’s noses, as if the constant lateral flow tests going up there weren’t burden enough.

Polling shows that re-framing an issue can move public opinion quite markedly – but only on issues they don’t know or care much about. The public is very aware of Covid and cares quite a lot about it. A re-brand won’t help with that at all – even Twitter surely has better things to do with its time.

[See also: I backed every lockdown – but the cost of another is simply too great]