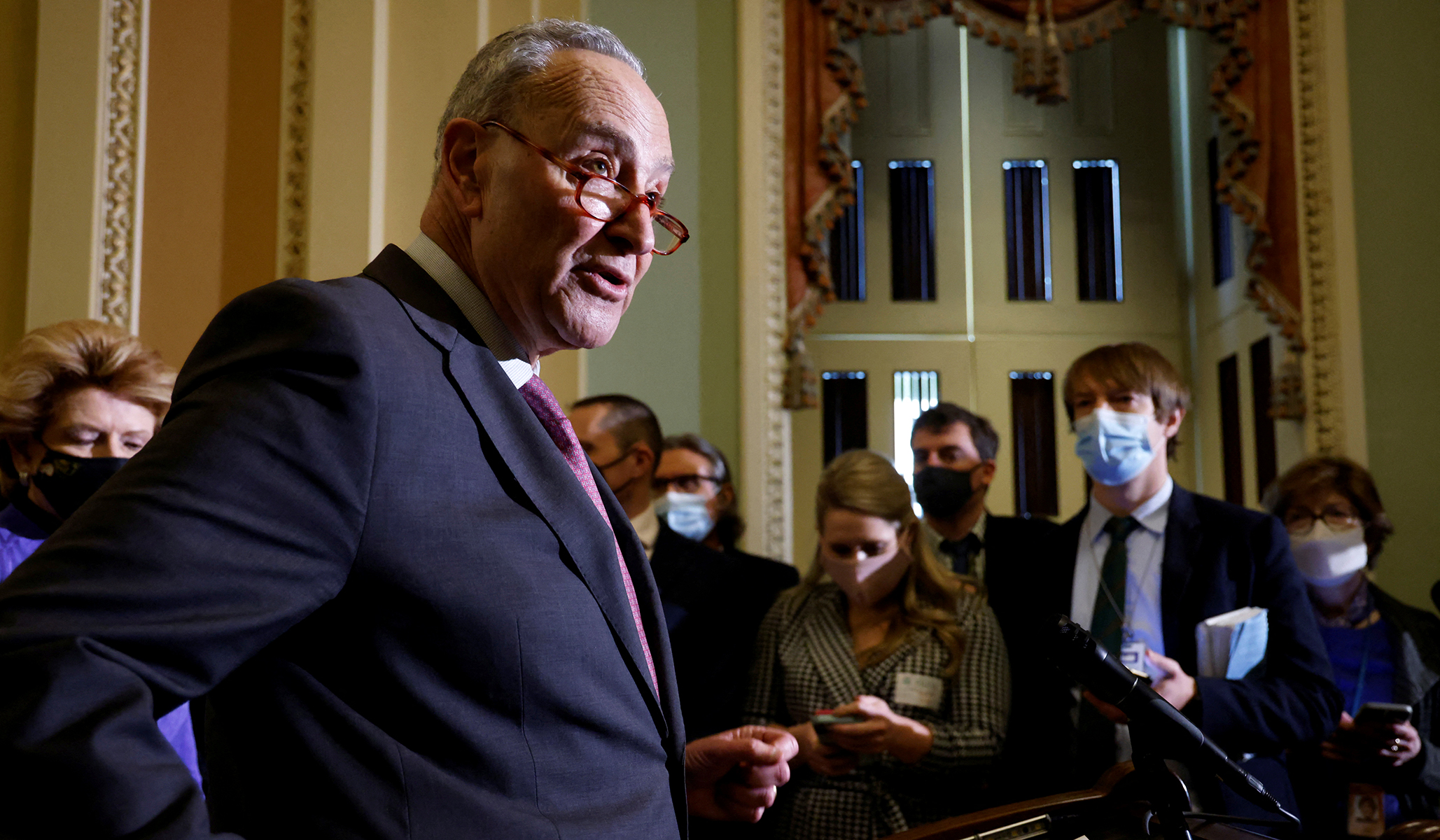 Democrats are resuming their push to change Senate filibuster rules in the hope of passing elections legislation, and they plan to use the one-year anniversary of the Capitol riot to win over two hold outs, Senators Joe Manchin and Kyrsten Sinema.

Democrats are hopeful that they can sway the two moderates by arguing both publicly and privately that the riot set off a sustained Republican effort to erode voting rights in state capitals across the country, Politico reported Monday.

Senate Democrats and activists have floated several proposals for rule changes, including eliminating the 60-vote threshold needed to open debate on the Senate floor while retaining that threshold to close debate, or imposing time limits on debate and amendment votes, the Wall Street Journal reported. A separate proposal would require at least 41 Senators to be present in person to block a vote on a bill, instead of setting a 60-vote threshold to proceed to a vote.

“I think you’re going to be seeing more detail now that we’ve got at least some of the outlines of a proposal,” Senator Bob Casey (D., Pa.) told the Journal.

Republicans have opposed the elections legislation pushed by Democrats as a federal power grab. One bill, the Freedom to Vote Act, seeks to standardize voter ID laws to allow a range of documentation nationwide and impose a minimum 15-day early-voting period. Other legislation, the John Lewis Voting Rights Advancement Act, would restore portions of the Civil Rights Act of 1965.

However, it is unclear whether moderate Democrats Sinema and Manchin will back rule changes to the filibuster.

Manchin spoke out directly against rule changes to the filibuster in mid-December, unless those changes came with Republican support.

“A rules change should be done to where we all have input in this rules change, because we’re all going to have to live with it. Because we’ll be in the minority sometime and then in the majority, back and forth,” Manchin told reporters at the time.