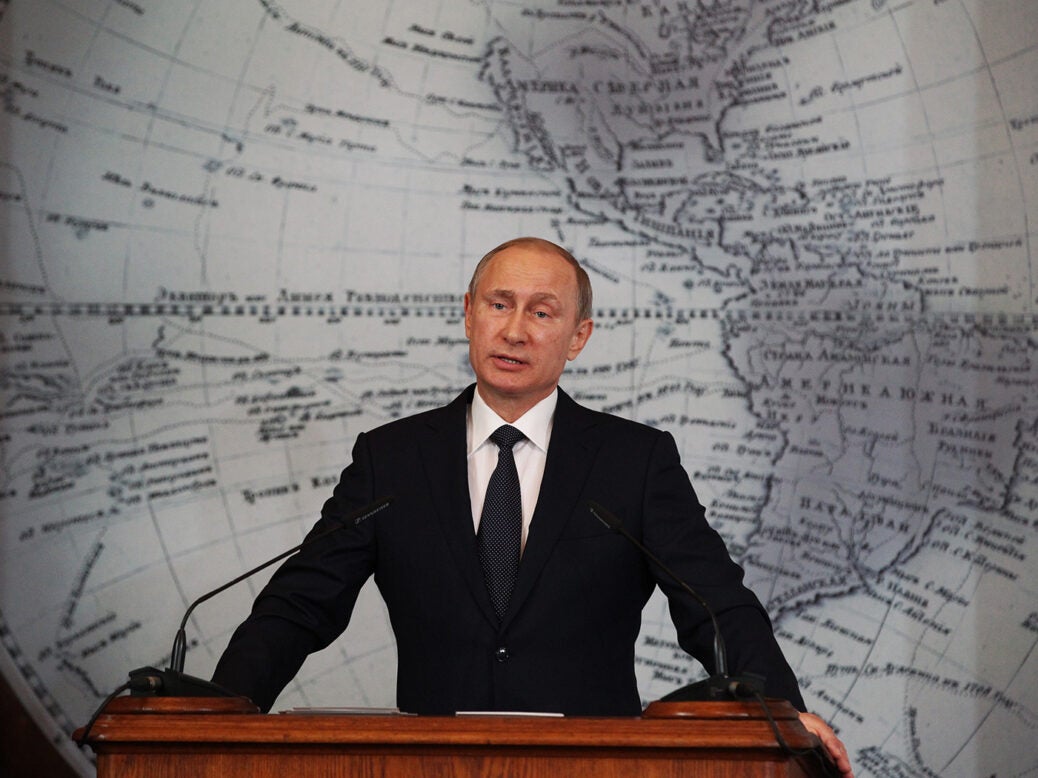 Armenia, Belarus, and now Kazakhstan. In the past two years Russia has repeatedly rushed to extinguish fires in its immediate neighbourhood. Kazakhstan is the latest example of a major crisis at the borders for Vladimir Putin’s government.

First, there was the second Nagorno-Karabakh War in late 2020, between Armenia and Azerbaijan. It ended when Russia sent in peacekeeping troops in support of the ethnic Armenians there, although the territory is internationally recognised as Azerbaijani.

Then came the Belarusian election in 2020, which saw Alexander Lukashenko returned to office in a fraudulent poll. Russia, having initially seeming to waver in its support for Lukashenko, eventually decided to back the strongman through repeated outrages, including the hijacking of a civilian jet in May 2021 and the sponsoring of illegal migration into the EU in the second half of last year.

Now, Putin is again rushing to deal with a crisis, this time in the authoritarian nation of Kazakhstan to its south. Protesters began massing in huge numbers in the oil-rich west of the country late last week in protest at a sharp increase in the price of fuel. Huge demonstrations quickly took on a political character, much anger focusing on the enduring influence of former president Nursultan Nazarbayev, who formally resigned as head of state in 2019 but was widely viewed as maintaining widespread influence over the country through his previous position as chairman of the National Security Council.

In response to the unrest, Nazarbayev’s successor, Kassym-Jomart Tokayev, requested assistance from the Collective Security Treaty Organisation (CSTO), a Russian-led military alliance. For the first time in its history, the grouping has deployed troops under its collective security provisions, expanding Russia’s presence in Kazakhstan and likely meaning Tokayev will now be seen to owe his political survival in part to help from the Kremlin.

What do each of these crises have in common? Armenia and Kazakhstan erupted virtually overnight (the former because of a surprise Azerbaijani offensive, the latter as a result of a spike in fuel prices few had predicted would spark unrest on this scale). Tensions in Belarus, however, peaked after a stolen election whose date was known in advance. Yet each prompted the Kremlin to act. Taken together, they have resulted in a drastic increase in Russia’s influence over its immediate neighbourhood over the past two years.

The Karabakh peace settlement means that Armenia is dependent upon Russia to maintain the de facto independence of the rump Republic of Artsakh. It also means that Russian soldiers are now permanently stationed on sovereign Azerbaijani territory, a first for nearly a decade.

In Belarus, Lukashenko’s insistence on turning his country into a rogue state has caused the EU and US to break completely with him, undermining his traditional foreign policy stance of playing the West and Russia against each other. As a consequence, he is now more dependent than ever on Russia’s support for his own political survival.

This growth in Russian hard power is mostly in ad hoc responses to specific crises. Yet taken together, they represent a significant expansion of Moscow’s influence over some of its neighbours in a period spanning only couple of years. Their primary consequence will be to limit countries’ freedom to align their foreign policies away from Russia.

This point deserves to be treated with some nuance. Russia mostly backs regimes friendly to it, such as Belarus and Kazakhstan. Propping up autocrats hated by many of their people may buy the Kremlin leverage, but it comes with the risk of alienating democratic movements opposed to those dictators. If those regimes eventually fall, they may be replaced by leaders embittered by Moscow’s backing of their opponents.

Svetlana Tikhanovskaya, the leader of the Belarusian opposition, hinted at this change in attitude when I interviewed her last year. “Because the Kremlin supported the regime following these fraudulent elections – supported violence and the torture of Belarusians – of course attitudes towards the Kremlin have changed a lot,” she told me.

Indeed, Ukraine was turned strongly anti-Russian by Putin choosing to launch a war in its east and annex the Crimea, internationally recognised as Ukrainian territory, after a popular revolution ousted the corrupt former president Viktor Yanukovych in 2014. “Putin’s invasion in 2014 unified the Ukrainian nation,” wrote William Taylor and Andriy Zagorodnyuk of the US Institute of Peace.

A similar response might also be seen in authoritarian Kazakhstan following the CSTO intervention. Many unanswered questions about the fast-evolving situation in the country remain – in particular over whether elements of the Kazakh elite and security services may have used the chaos of the protests as background for a coup or counter-coup.

Evidence to support this thesis is mounting. As the unrest escalated, Tokayev removed Nazarbayev loyalist Karim Masimov as head of the domestic intelligence agency, the KNB. Nazarbayev himself was sacked from his position at the head of the Security Council. “Tokayev could be manoeuvring to prevent a palace coup amid the chaos unfolding around him,” the Kazakhstan-based journalist Joanna Lillis wrote.

Still, elite machinations aside, the fact remains that Tokayev now says he has given a shoot-to-kill order against protesters, most of whom are ordinary citizens. That is the kind of brutal regime that many Kazakhs might resent their larger neighbour helping prop up. Nationalist sentiment could turn against a government which did not hesitate to call in in foreign troops, Alexander Gabuev and Temur Umarov wrote.

Russia’s expanded influence is real, then, but it is brittle. It will preserve Russian power in the immediate term – but its longer-term consequences are far less predictable.