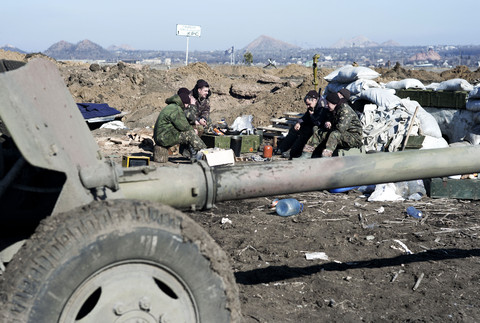 It is “very likely” that Russia will invade Ukraine and it can only be stopped by “enormous sanctions”, Adam Schiff, the chair of the US House intelligence committee said on Sunday, The Guardian reports.

“I think that it would require enormous sanctions on Russia to deter what appears to be a very likely Russian invasion of Ukraine again,” Schiff said. “And I think our allies need to be solidly on board with it. Russia needs to understand we are united in this.”

US intelligence findings, published December in the Washington Post, estimate Russia could start a military offensive in Ukraine in a matter of months.

The findings say Russia could begin the offensive “as soon as early 2022” with 100 battalion tactical groups, which is twice the scale of forces Russia built up in the region last spring.

Officials told CNN that the current levels of equipment stationed in the area could supply frontline forces for seven to 10 days and other support units for as long as a month.

Tensions between the United States, the EU and Russia are spiking since Russia amassed 100,000 troops on the Ukrainian border. But the situation might be worsening fast.

The comments of Schiff came just before US president Joe Biden had a call with Ukraine’s president Volodymyr Zelenskiy.

Biden told Zelenskiy that the US and its allies will “respond decisively” if Russia further invades Ukraine, according to a statement from the White House.

The call came days after the second conversation Biden had with Russia’s president Vladimir Putin.

In this call both presidents agreed to hold talks between representatives from the US and Russia on 9-10 January in Geneva, followed by Russia-Nato Council talks and a meeting of the Organisation for Security and Cooperation in Europe (OSCE).

According to the White House spokesperson, president Biden underscored the commitment of the United States and its allies and partners to the principle of “nothing about you without you.”

In December, US secretary of state, Anthony Blinken, has said that the US was consulting with European partners on Ukraine.

During a meeting of Blinken with EU’s foreign policy chief Josep Borrell, both agreed “that any discussion about European security will happen in coordination and with participation of the European Union,” an EU statement said after the meeting.

In his interview on CBS, Schiff also said that an invasion would see “more Nato assets closer to Russia. [It] will have the opposite impact of what Putin is trying to achieve”.

“I fear that Putin is very likely to invade. I still frankly don’t understand the full motivation for why now he’s doing this, but he certainly appears intent on it unless we can persuade him otherwise.

“And I think nothing other than a level of sanctions that Russia has never seen will deter him, and that’s exactly what we need to do with our allies.”