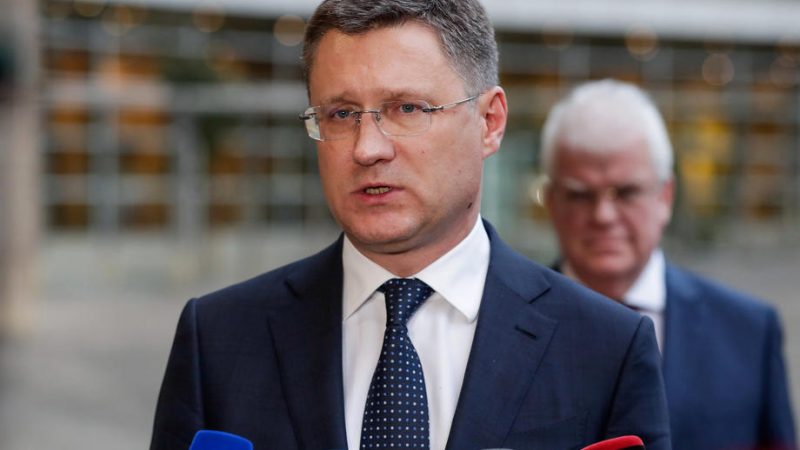 Construction on the pipeline, which runs from Russia to Germany on the bed of the Baltic Sea and bypasses Ukraine, was completed in September but it lays idle while awaiting regulatory approval from Berlin and Brussels.

The project has become increasingly politicized amid growing tensions between Russia and the West, which fears Moscow may attack Ukraine to prevent it from forging close ties with NATO. Russia denies it harbours such plans.

The chief executive of Ukraine’s state energy company Naftogaz Yuriy Vitrenko said last month he was hopeful that the Nord Stream 2 gas pipeline would not come online, saying it did not comply with European law.

Asked if Russia had a “Plan B” in case Nord Stream 2 was not certified, Novak said: “We don’t consider such options and we believe it will be launched in line with the timings, set for certification.”

It is expected that the certification will be completed not earlier than the end of the first half of 2022.

He said that Russia hopes no new requirements for the project will be put forward.

Novak also said that Russia was ready to increase gas exports to Europe, which has seen gas prices skyrocketing amid rising demand and lack of supplies, but under long-term contracts – the arrangement shunned by European companies in favour of short-term spot deals.

The German government appears to accept that Nord Stream 2 would be scrapped in case of the need to impose new sanctions on Russia in case of invasion of Ukraine.

The honeymoon period of the new German “traffic light” government may officially be over: vice chancellor Robert Habeck has threatened to block the contentious Nord Stream 2 gas pipeline as part of sanctions against Russia, revealing tensions within the coalition over the project.