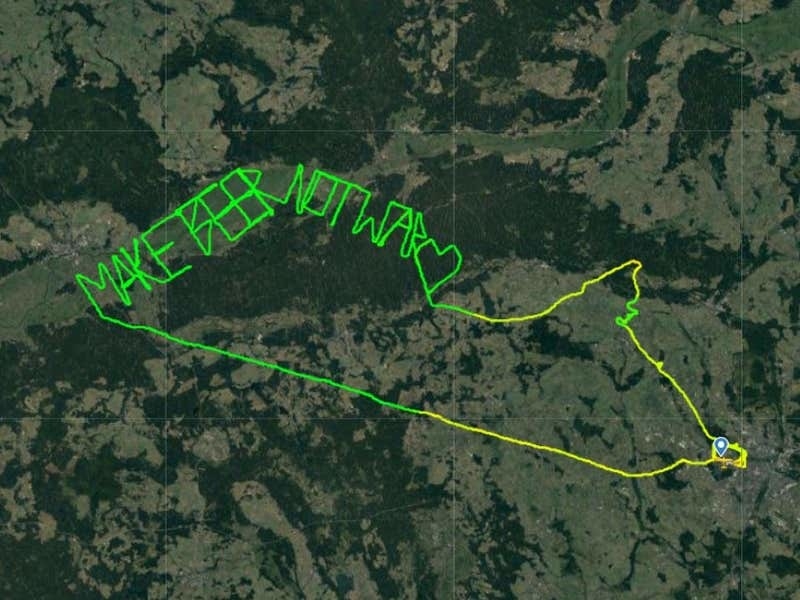 A light-weight plane in Poland has drawn the phrases “make beer not war” utilizing its flight path.

Taking off from the town of Poznan in west-central Poland, the two-seater airplane initially turned to the west earlier than starting to hint the phrases.

Over the course of just about 4 hours, the plane meticulously accomplished the 40-mile-wide phrase, earlier than touchdown again in Poznan on Saturday night.

Hundreds of customers have been lively on flightradar24.com to trace the flight, which comes at a time of heightened stress throughout Europe, following Russia’s invasion of Ukraine.