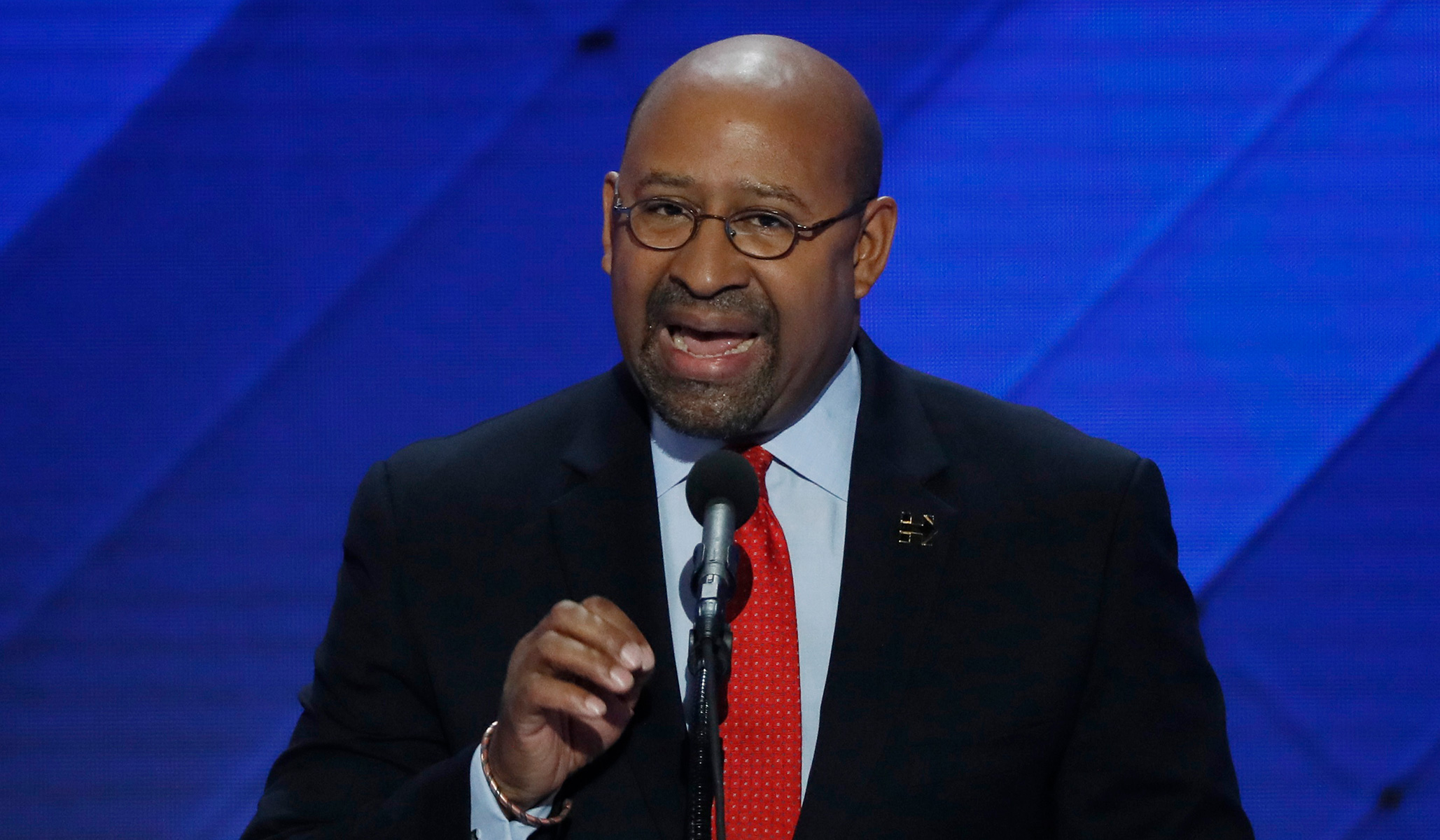 Michael Nutter, a former Philadelphia mayor who is black, recently accused the city’s white, liberal district attorney of dismissing the pain of black residents who suffer from violence after the DA claimed that the city does not have a crisis of lawlessness despite a record-breaking 550 homicides this year.

In an interview with the Washington Post published this week, Nutter blasted Krasner for disregarding the pain of black residents who are victims of violence while claiming to support them.

“It all goes back to supremacy, paternalism. ‘I’m woke. I’m paying attention. I spend a lot of time with Black people. Some of my best friends . . . ’ All that bulls***,” Nutter told the paper. “And so you get a guy like Larry Krasner who is the great White hope and ‘I’m gonna ride in on a white horse with a white hat.’”

Krasner apologized for his comments during a visit to Love Zion Baptist Church, a black congregation in North Philadelphia, saying that he “did not acknowledge the pain and the hurt that people feel in the city of Philadelphia” and that “those words were the wrong ones.”

The district attorney later told the Washington Post that he had failed to provide important context when answering a reporter’s question about the rise in crime.

“One of my mistakes was, I was having a conversation that I’ve had hundreds of times, I was saying things poorly that I’ve said hundreds of times,” Krasner said. “But the fact is, to some extent, I was situationally unaware that I was talking to everybody in Philadelphia. It’s just like foundational that we all care about victims and what happens to them, and we know how wrenching and horrible that is.”

He argued that his approach, which includes less jail time and a public-health view of drug use, has significant support among the city’s black residents. He denied Nutter’s accusations that he sees himself as a woke white savior coming to the rescue of black residents.

“It is 100 percent accurate that I am a white man that has enjoyed some white privilege,” Krasner said. “But it wasn’t just skinny white vegan lefties who liked what I was saying. It wasn’t just well-educated white professionals. It was in many ways the kinds of clients I had represented for 30 years as a public defender, as a civil rights lawyer, as a criminal defense lawyer. It was those people who thought what I was saying resonates.”

Nutter told the Washington Post that while Krasner has apologized, he still holds a wrong and dangerous worldview and accused the liberal DA of following political trends in an effort to get elected to a higher office.

“I think he really just wants to tear the system down and tear it apart with seemingly no idea as to how to build it back up,” Nutter said. “Larry’s got that paternalistic mind-set of: ‘I’m going to take care of you and I’m going to right all the wrongs that have historically been going on.’ And there certainly are challenges in the law enforcement community, no question about it. But good people still want to be safe.”

Nutter believes that reform can coexist with an increased police presence that is needed to fight crime.

One of the best things city officials can do for black communities struggling with violence is to rid them of criminals, he said.