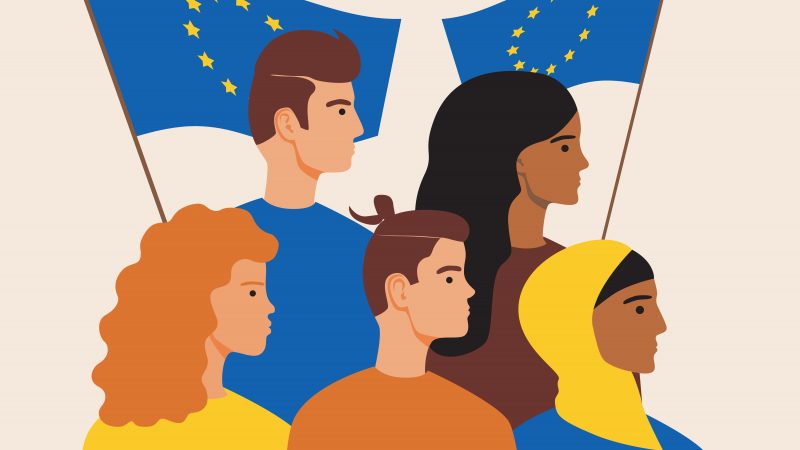 Taking into consideration the crises that the European Union has been through in the last decade, it’s obvious that the dialogue concerning its future is more than required. In any case, such a process shall now include the “voices” and concerns of the EU citizens and not just be a product of the EU institutions and member states.

The Conference on the Future of Europe is a great opportunity for Europeans to express their opinions and visions for the future of their European Union. Except for citizens’ panels, the initiative of the Conference offers the opportunity to citizens’ participation through events. Hence, in the Digital Platform of the CoFoE all European Citizens (in groups, organisations or individually) are able to organise an event in order to exchange their point of view and to propose reforms within the EU. For this reason, non-governmental youth organisations, like JEF, take initiatives to spread the spirit and the purpose of the CoFoE.

In particular, with JEF’s initiative of #NextChapterEurope, a plethora of events have been organised by JEF’s sections across Europe. In this context, the Young European Federalists of Athens-Piraeus (JEF Athens-Piraeus) organised this kind of event to inform European-Greek citizens about the CoFoE, but also to listen to their proposals, complaints and needs. The event is published on futureofeurope.eu.

This event was not only the honorary speakers (such as the Deputy Minister of Foreign Affairs, academics, and representatives of the EU Commission in Greece), but the public itself, which expressed their concerns and their perspectives with regard to the future of Europe. More precisely, Common Security and Defence Policy, climate change and migration were the topics of the discussion between experts and citizens.

The most interesting and important part of the event was the enthusiasm and the need of the attendees to express their questions. Greek citizens are concerned about how and in which level the CoFoE has an impact on the entire European Union and also how the political, economic and social situation in Greece can be improved by this initiative. In addition, attendees wondered how the environmental issues can be solved when they are used by political parties in order to strengthen their positions in political controversies. In the end of the event it was also evident that citizens were also worried about the migration issue and how this can be controlled by the European Union. Last but not least, asking the attendees to characterize the future of Europe in one word, the majority of them chose the word “uncertain”. Consequently, events promoting the CoFoE constitute the “key” given to citizens so they can be closer to the EU. In this way, the proposals that occur through these kinds of events are essential for the next chapter of the entire Europe.

First and foremost, even though we embrace the CoFoE Initiative, and we are committed to promote it as much as possible, we are worried about its final impact. It hasn’t been yet clarified whether this process lead to treaties’ revision, adoption of secondary law or anything of them. Thus, we believe that the Trilateral must specify what will be the outcome of CoFoE. We propose the creation of a post-CoFoE commission responsible for converting the high ranked proposals into legislative documents and adapted to the existing Articles of treaties, depending on the topic. Subsequently, the ad hoc commission’s work will constitute a draft of a potential treaties’ reform in a timeframe of 3 years (till 2025), which will include the citizens’ input and participation in the reforming process.

In order to improve European democracy, we also suggest a reform on the European Citizens Initiative. To begin with, the necessary requirements for the launching of an initiative should remain the same. Thus, the Commission’s role shall be limited in the decision of whether an initiative meets the criteria needed, and if so, proceed to its registration. After the registration, the organizers will present their initiative in a public hearing at the Parliament, and the procedure will continue with a resolution. Depending on the results: a) If a majority of 65% or more of the members of EP agrees with the implementation of the initiative, the issue will be transferred to the Commission, which will be legally obliged to act, through legislation or with non-legislative measures, or b) if the percentage ranges between 50% to 65%, the initiative should go through the ordinary legislative procedure, between the Parliament and the Council of EU.

CoFoE is a unique opportunity for citizens to act as decision-makers and plan their European future on their own. We, as volunteers of JEF Piraeus-Athens, urge especially the EU youth to place also itself in the epicenter of the process and participate in both online and in person discussions regarding the Future of Europe. Europe is us and we draw its next day.  “Our voice matters”.