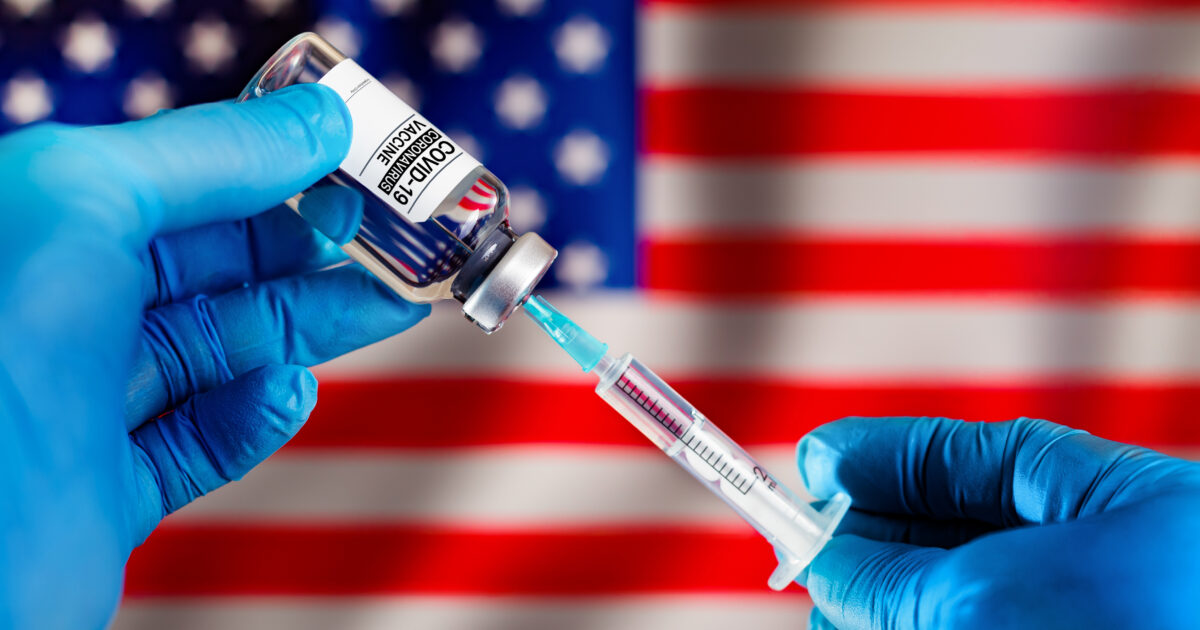 Earlier today, the the Occupational Health and Safety Administration (OSHA) belatedly issued its Emergency Temporary Standard (ETS) requiring COVID-19 testing or vaccination combined with masking in private workplaces controlled by employers with 100 or more employees. As Jonathan Adler explains in his post on the new rule, it has a number of limitations that fix some of the potential legal vulnerabilities of the even broader policy envisioned by the initial White House statement on this policy. Among other things, employees who work remotely or outside are now exempt from the policy. There are also exemptions for employees with relevant disabilities and those with religious objections  that entitle them to “reasonable” accommodations under federal law.

Nonetheless, the mandate remains legally dubious. Jonathan Adler outlines some of the reasons why, and Reason’s Jacob Sullum surveys some others.

Several of the points I made in my post on the initial White House announcement also still apply to the OSHA rule issued today, particularly the following:

The ETS provision allows OSHA to impose regulations without going through the normal “notice and comment” process, and other procedural requirements. For that reason…. courts have subjected previous ETS policies to nondeferential judicial review, and have often struck them down. ETS has only been used nine times before, and in five of those instances (of the six that got litigated at all), courts have struck down at least part of the resulting policy. None of the previous uses of ETS were anywhere near as sweeping as this one.

It’s not hard to see how the present ETS may be vulnerable. A virus, like that at the root of the present pandemic, arguably doesn’t qualify as a “substance or agent.” These terms generally refer to chemicals, liquids or man-made dangers, not living things.

Perhaps it counts as a “new hazard.” But it’s not clear that, in this context, the term “hazard” includes all dangers of any kind, or is limited by the previously listed terms (“substances or agents”).  Perhaps a “new hazard” is simply a dangerous substance or agent that is novel, as opposed to one that, as the statute puts it, has already been “determined to be toxic or physically harmful.” In addition, 19 months into the pandemic, it’s not easy to claim that Covid is a “new” hazard, at all….

Finally, does Covid really pose a “grave danger” to employees when the vast majority of them can easily minimize it by getting vaccinated voluntarily, thereby almost completely eliminating the risk of serious illness and death? If “grave danger” exists even in cases where it is easily avoidable, OSHA would have near-boundless authority to issue ETS regulations on almost any workplace practice.

Virtually any workplace activity poses grave dangers to at least some people, if none of the latter can be expected to take even minimal precautions on their own….

[I]f the administration prevails on this issue, it would set a dangerous precedent, and undermine the constitutional separation of powers. In order to uphold this ETS requirement, courts would have to rule that the statute authorizes OSHA to issue emergency regulations for dangers that 1) are not limited to chemical “substances or agents,” 2) are not really all that “new” and 3) can easily be greatly mitigated by the people the agency seeks to protect.

In combination, these conclusions would allow OSHA to restrict or ban almost any workplace practice. And they could do it without having to go through the notice and comment process, or other procedural constraints that normally apply to major regulations.

As I indicated in my earlier post, I share much of the administration’s frustration with anti-vaxxers, and I am far more sympathetic to vaccination mandates than to virtually any other pandemic-era regulations, such as lockdowns, migration restrictions, and mask mandates. Compared to these other policies, vaccine mandates are both far more effective in promoting public health, and far lesser restrictions on liberty.

But even a potentially beneficial policy should still be undertaken in ways that don’t go beyond the limits of executive authority and threaten to set a dangerous precedent. Even if you trust the Biden administration with such enormous power, you should consider whether you will have equal confidence in the next president, who could well be a Republican (perhaps even the second coming of Donald Trump).

I honestly don’t know which way courts will go on this issue. Perhaps they will be inclined to defer to OSHA’s expertise, unwilling to interfere with a policy that seeks to address a major emergency. But it’s also possible that the combination of the sweeping nature of the employer mandate and the use of ETS authority to circumvent normal notice and comment requirements will draw tough judicial scrutiny, as happened with several prior, less extreme, uses of the ETS power. It’s also possible that OSHA will find creative ways to further narrow the rule, so as to make it less legally vulnerable.

Another possiblity is that the, as the Delta wave recedes and Covid cases wane (assuming they continue to do so), OSHA will eventually withdraw the mandate or severely limit its scope before federal courts have the opportunity to fully consider the legal issues. While lawsuits challenging the ETS policy are likely to be filed very quickly, it could take many weeks to fully litigate them.

There may also be other possible resolutions to this issue, which don’t occur to me right. We shall have to see what happens.

In my earlier post, I noted that the Biden administration is likely on firmer footing in its efforts to impose vaccination requirements on federal employees, federal contractors, and employees of hospitals and other health care facilities receiving federal funding. Today’s OSHA ETS doesn’t cover these other cases, which are under the purview of different agencies.