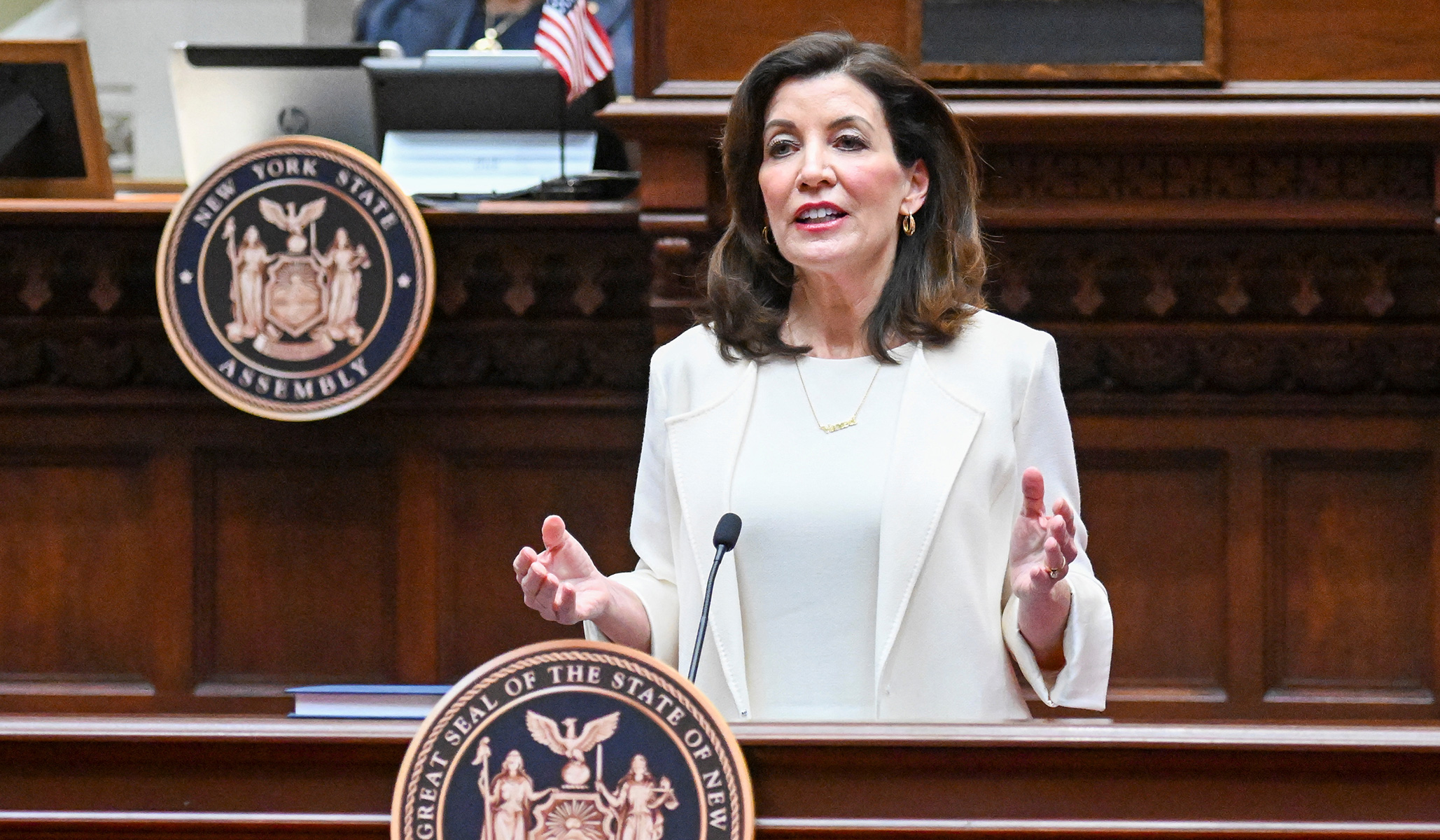 “School boards are comprised of elected officials who make decisions based upon the unique circumstances of each district,” county executive Bruce Blakeman said at a press conference. “They are in the best position to make these decisions, not an autocracy in Albany.”

Blakeman signed three executive orders on Thursday, including one that allows the county’s school boards to get rid of mask mandates that Governor Kathy Hochul has implemented statewide. He expressed confidence that the order provides sufficient legal grounds for schools to go against Hochul’s mandate.

“This executive order gives the school districts their own individual right to make decisions within the county under our home rule authority that we have as a county,” he said. “Our county is larger than nine states and we don’t need people in Albany telling us what we should be doing.”

Blakeman’s other orders formalize his decision not to enforce the governor’s mask mandates that he said “unfairly fine residents and small businesses thousands of dollars” and also allow public county workers to go maskless indoors.

“I think there is an unreasonable focus on these masks, especially the paper mask,” he said. “The data is not there that they materially provide the kind of protection that people would want. It’s a false sense of security. So what we are doing here in Nassau County is we’re doing meaningful things, we’re doing material things.”

He said the county is taking a “very aggressive approach in fighting Covid-19” and said it plans to double distribution of free test kits this weekend and to establish free vaccination sites and provide KN95 masks to all private and public school teachers and employees.

“But this aggressive approach must be balanced by keeping in mind the psychological and economic risks of every decision we make as well as individual constitutional rights.”

Blakeman said county police and firefighters will not enforce mask mandates handed down from Albany, saying they have “far more important things to do than chase people around to see if they are wearing masks.”

The Republican took office earlier this week after riding Long Island’s red wave into office in November when concerns over crime and bail reform propelled the GOP to victory in both Nassau and Suffolk County.

Going into Election Day, Democrats controlled every major office in Long Island’s Nassau County and boasted a nearly 90,000-person registration advantage. Yet Blakeman ousted the Democratic incumbent and the GOP was able to flip the county comptroller’s and district attorney’s offices for the first time in 15 years.