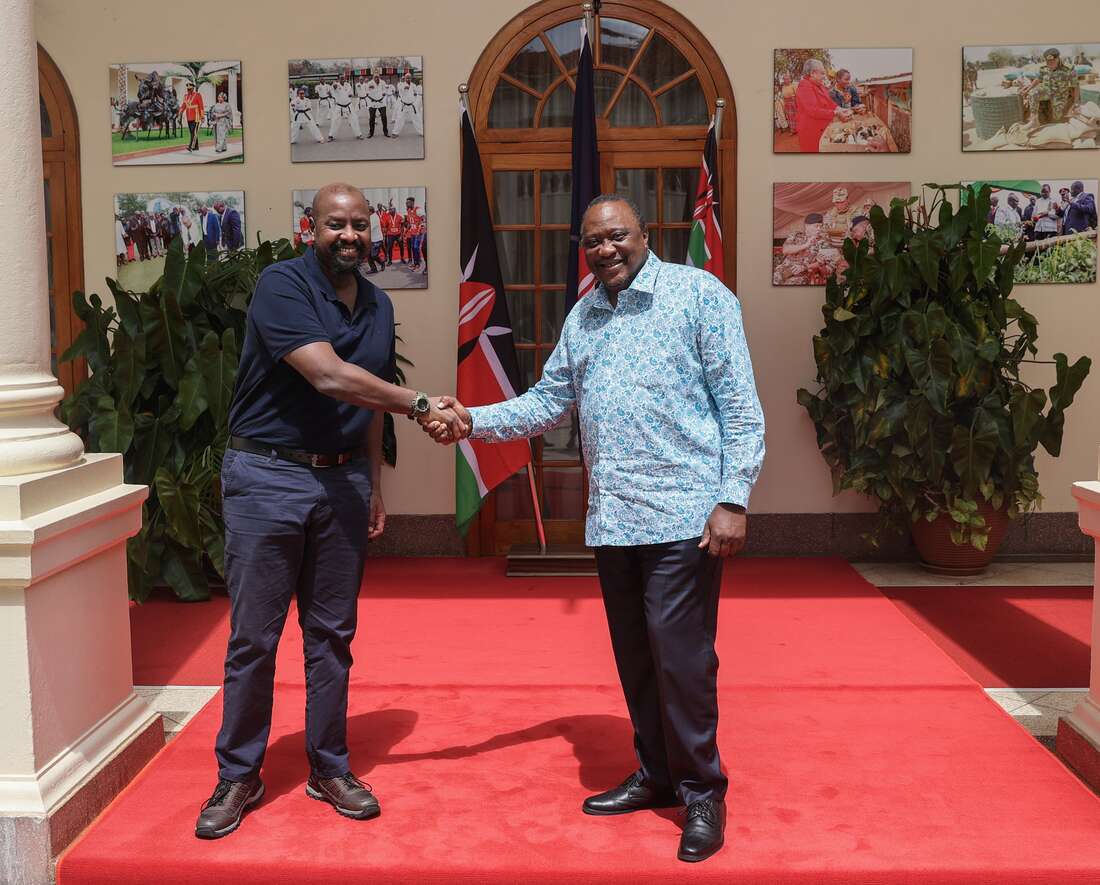 A dispatch from State House said Muhoozi, the Commander of Land Forces in Uganda, met with the Kenyan leader to discuss various issues of “interest to Kenya and Uganda.”

“Among the issues discussed included the restoration of peace in the Democratic Republic of Congo,” it added.

Both countries are heavily invested in a peace bid in eastern DRC, where conflict has erupted continually for the last 30 years. Last month, Nairobi launched an initiative, endorsed by East African Community member states, to persuade fighters to choose dialogue with the government of President Felix Tshisekedi, in exchange for amnesty programmes and rehabilitation.

But that nascent initiative is facing early threats after the M23 armed group, one of the militias invited for talks, relaunched attacks on the Congolese army, as Kinshasa accused Rwanda of supporting militias inside DRC. Kigali has since denied the accusations.

Meanwhile, Uganda and Kenya have sent troops for separate peace programmes in DRC. The Ugandan People’s Defence Forces has been running a joint operation with the Congolese army targeting terrorist groups originally from Uganda but hiding inside DRC. Both militaries announced last week they will expand the operation beyond terror groups.

“It was an honour and pleasure to meet my big brother and friend President Uhuru Kenyatta in Nairobi recently. I also delivered to him a special message from HE Kaguta Museveni,” Muhoozi tweeted.

The dispatch from State House Nairobi did not specify the message from President Museveni but a discussion on DRC may mean a possible collaboration to cool tensions that emerged last week between Rwanda and DRC.

Uganda is also building some link roads in areas of eastern DRC liberated from the terror hideouts.

This was the third meeting between President Kenyatta and Lt-Gen Muhoozi in just under a year, even though the previous two have been informal meetings.

Lt-Gen Kainerugaba is the presumptive political heir-apparent to the Ugandan leader and has lately been his special envoy.

In February, he helped broker a deal that led to the reopening of the Rwanda-Uganda land border, closed three years ago after the two countries bickered on hosting dissidents.

Also read: What’s in a birthday? The curious case of Muhoozi’s national event

Lt-Gen Kainerugaba visited Kigali twice, with Uganda offering to expel some of the known dissidents. In return, President Paul Kagame visited Kampala where he met with President Museveni as he attended Muhoozi’s birthday.