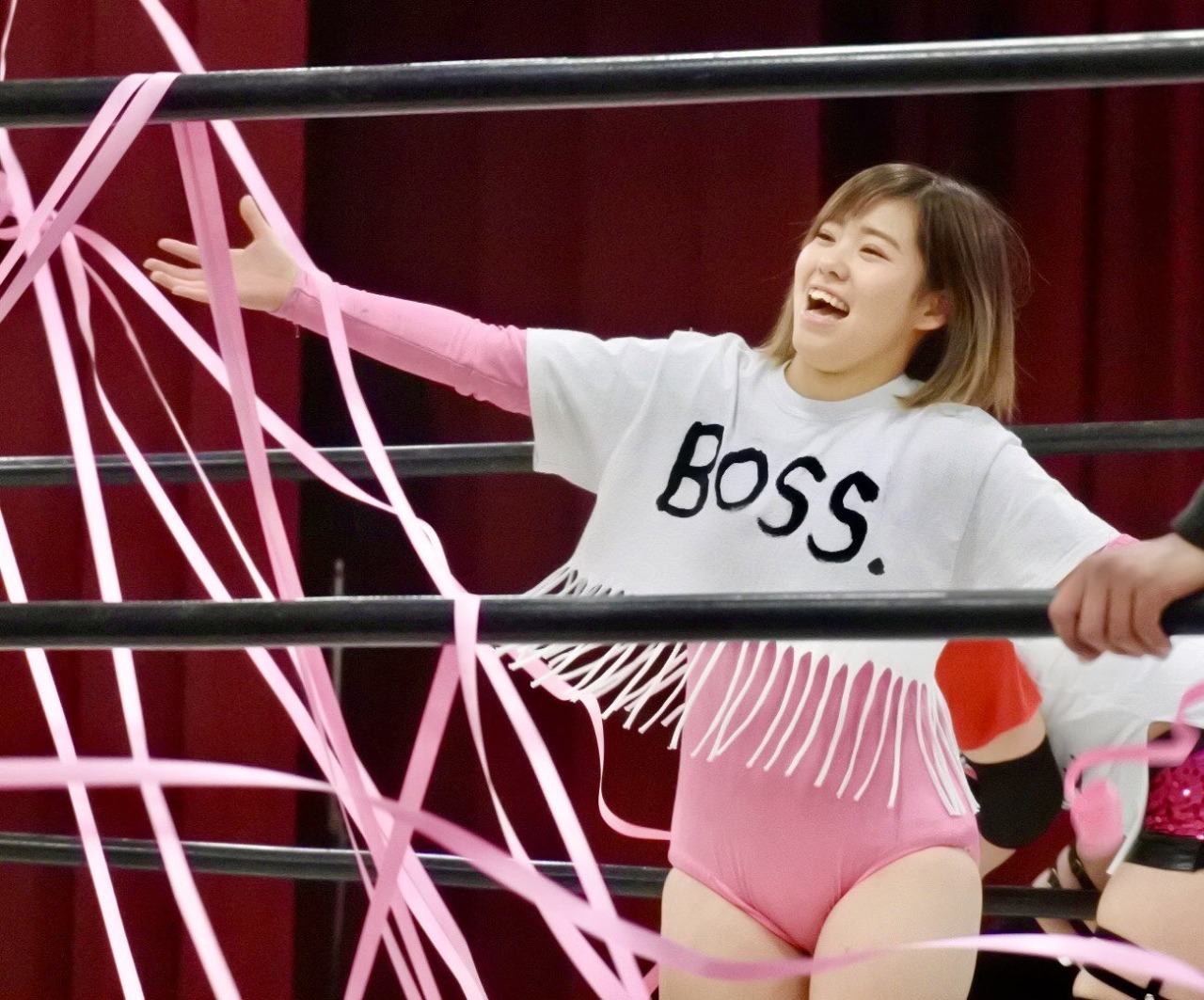 There’s no way one person can watch all of the wrestling that happens throughout the year. And let’s be honest, there’s no one that wants to either. Most professional wrestling fans have their own personal preference when it comes to the promotions they watch and for good reason. But that doesn’t mean that there aren’t wrestlers worldwide showing that they are among the “cream of the crop,” even if they aren’t in the most popular promotions.

That brings us to Mio Momono. Marvelous’ high-speed mastermind was one of the best wrestlers in all of professional wrestling in 2021 prior to a back injury late in the year. So good that she very well might be the best wrestler you haven’t seen enough of – or at all.

Mio Momono started off the year and went most of the year intertwined in the Marvelous vs. Sendai Girls rivalry, taking the lead for Marvelous while the promotion’s ace, Takumi Iroha, continued to rehabilitate from a knee injury. Momono not only was able to show in this opportunity that she could represent Marvelous but she was reaching the point of being one of the best in Joshi. Her style inside the ring mixes an unbelievable high-speed style with power that one would not expect from someone that stands at 4’10. Despite her small stature, Momono never fails to make herself seem bigger and on the level of any. And no only does she have the athletic ability to hang but her understanding of telling a simple story within a match supersedes many wrestlers who fans consider “the best.”

Being that undersized underdog with the heart of a lion isn’t something that is necessarily taught. In matches throughout this year when the odds were stacked against her, Momono rose to the occasion to give efforts that made fans believe it would be her time to rise to the top. It was almost always a story that made sense and she never stopped giving it her all each and every outing. Back to the Marvelous vs. Sendari Girls story. The destination was GAEAISM, a celebration for GAEA Japan as Joshi legends Meiko Satomura and Chigusa Nagayo would lead their groups into battle.

It was almost a one a month guarantee that the rivalry would provide a great match, pitting the main trios of the promotions against one another. Momono and Chihiro Hashimoto would eventually become the signature, but Momono also had a combination of matches with DASH Chisako, Mika Iwata, and talented rookie Yurika Oka of Sendai Girls that were notable throughout the year. It was becoming noticeable how consistent Momono had become as the centerpiece for Marvelous on this road to GAEAISM.

Before getting to GAEAISM, Momono got to take part in the Hana Kimura Memorial Show, Matane, and was part of the original main event that featured Syuri, Natsupoi, Konami, Kaori Yoneyama (as Death Yama-san), ASUKA, Hazuki, and Kagetsu. With names of this magnitude in the Joshi world coming together, Momono was able to be a standout. Hazuki has even said recently that her dream match is a singles bout with Momono.

Finally, after a year-long delay due to COVID-19, it was time for the GAEAISM celebration event on June 13, where Momono teamed with Rin Kadokura and Mei Hoshizuki of Team Marvelous to face Team Sendai Girls – Sendai Girls World Champion Chihiro Hashimoto, DASH Chisako, and Mika Iwata. What came from these two trios colliding is one of the best professional wrestling matches of the year. Elimination style with GAEA Japan’s AAAW Championship and Tag Team Championship on the line along with the Sendai Girls World Championship and Tag Team Championship, it would all come down to Momono vs. Hashimoto. No one left but these two who were pushed to the forefront of the war between the promotions. Representing legends Satomura and Nagayo. All the gold on the line. The closing sequence of Momono trying her damndest to somehow put an end to Hashimoto but never finding the right move. Momono was heartbroken in her eventual defeat as Hashimoto put an end to the triumphant effort of the underdog. Yet in defeat and with tears in her eyes, Momono was the one who felt like a winner.

Mio Momono wasn’t destined for this spot a year ago when the event was originally scheduled. It was going to be Takumi Iroha, not Momono, as the centerpiece of Marvelous. She was able to turn in some of the best outings of her entire career when Marvelous and Sendai Girls went to war, establishing herself as one of the best in the world at 23 years old. The final match that Momono took part in for the promotional war was her shot to win the Sendai Girls World Championship against Hashimoto. It was one of the most highly anticipated independent Joshi matches of the year and showed why the style of Momono can make her feel in it to the absolute end. She was unable to capture the gold that night but again showed that she’s on the brink of something truly special.

There’s more to Momono’s year, however. It was not only the Marvelous events that she shined but her entry into the Catch The WAVE tournament resulted in some of the best sub-100 attendance crowds you’ll ever see. Her tournament-opening bout with Miyuki Takase is one of the best tournament bouts all year while the block clinching Tomoe Battle Triple Threat between Momono, Takase, and Sakura Hirota is one of the best matches in all of wrestling for 2021. The magic isn’t all Momono but she remains a key part of these fantastic matches that are likely going unnoticed due to the difficulty of finding where to watch rather than them not living up to the best of the best quality-wise.

Other matches worth discussing are the jaw-dropping high-speed tag team match that she was a part of as she teamed with Stardom’s Starlight Kid to face Mei Hoshizuki and Stardom’s AZM. Not only one of the best tag matches with zero stakes on the line you’ll see but a sign a close look at four women who should be the future of Joshi moving forward.

For anyone who follows Joshi, Mio Momono was in the conversion as a “Wrestler of the Year” candidate until she got injured. A back injury has her sidelined for the indefinite future but a return in 2022 seems all the more likely. While the accolades aren’t as long a list as fans would want to see, Momono was able to at least hold the Sendai Girls Tag Team Championship with Kadokura before the injury. She hasn’t wrestled since Sep. 20, where she and Kadokura dropped the gold to Manami and Mika Iwata, and with a successful back surgery occurring just a few weeks ago, her 2021 is complete.

The reason for writing this isn’t anything more than to inspire wrestling fans to watch what Momono has done this year and before. As someone who watches wrestling all around the world and every style imaginable, Momono holds up with anyone that ranks as “the best.” 2021 was her year until injury struck and once she’s back, it’ll be her time to shine again. Whether it be through the Marvelous relationship with Stardom or the resurgence of Joshi as a whole, Mio Momono will be on everyone’s radar soon enough because she’s that great.