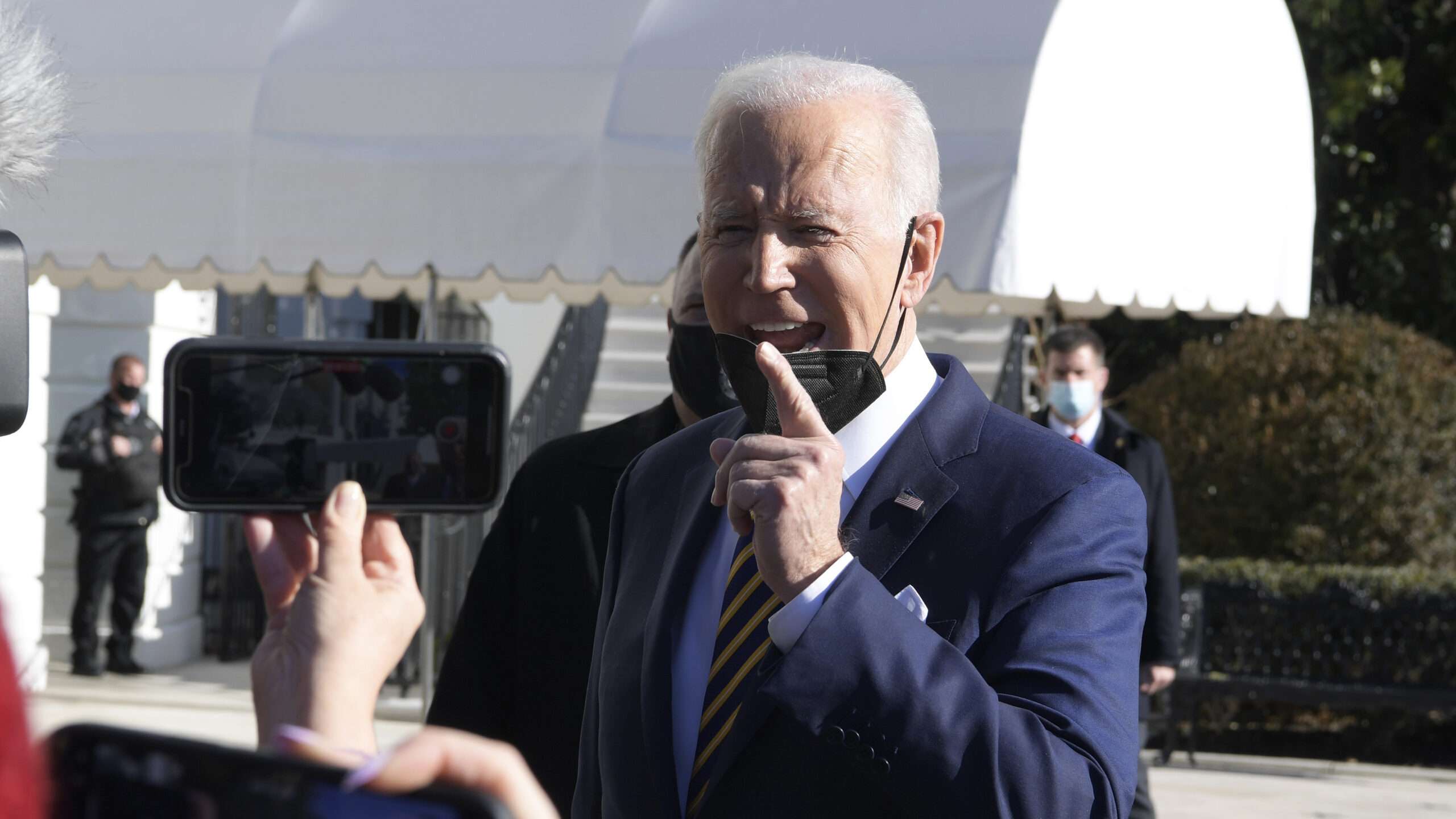 In order to pass bills that would make sweeping changes to the rules governing federal elections, President Joe Biden says the Senate should make some significant changes to its own rules.

In a speech delivered Tuesday afternoon in Atlanta, Biden said that if Republicans won’t support two major elections bills set to move to the Senate floor in the coming days, then the Senate should change its rules to pass those bills with a simple majority.

“I believe that the threat to our democracy is so grave that we must find a way to pass these voting rights bills,” Biden said. “Debate them, vote, let the majority prevail. If that majority is blocked, then we have no choice but to change the Senate rules, including getting rid of the filibuster.”

Democrats hold the slimmest possible majority in the Senate, which is currently split 50–50 with Vice President Kamala Harris serving as a tiebreaker. But Senate Majority Leader Chuck Schumer (D–N.Y.) says he’s prepared to bring a pair of election bills to the floor in the coming weeks despite nearly unanimous Republican opposition. The Freedom to Vote Act would limit state-level efforts (led by Republicans) to restrict mail-in voting and absentee balloting, make Election Day a federal holiday, impose new rules for the redistricting process, and require more disclosures from political donors. The second bill, the John Lewis Voting Rights Advancement Act, would reimplement a portion of the 1965 Voting Rights Act that was invalidated by the U.S. Supreme Court in 2013.

“That’s not America,” he said. “That’s what it looks like when they suppress the right to vote.”

Those Republican efforts to impose new rules on elections do indeed run the risk of corroding democracy, and Trump’s attempts to overturn the last presidential election were grotesque and condemnable. Even so, it’s not clear that the Democrats’ proposals make sense. If anything, greater federal control over elections might make it more likely that a future president could exercise undue influence over democratic proceedings.

On Tuesday, Sen. Joe Manchin (D–W.Va.) reiterated his opposition to doing away with the long-standing rule, telling reporters that “we need some good rules changes to make the place work better. But getting rid of the filibuster doesn’t make it work better.” Sen. Kyrsten Sinema (D–Ariz.) is similarly opposed to abolishing the filibuster. It’s likely they are not the only two Senate Democrats unwilling to go along with that idea.

One of the strange things about the Senate is that 60 votes are required to pass most bills, but it takes only a simple majority to change any of the rules governing the Senate—including the 60-vote threshold for passing most bills. In a sense, the filibuster only exists because no Senate majority has seen fit to abolish it. Or perhaps because each successive Senate majority has recognized how getting rid of the filibuster could backfire once control of the chamber inevitably flips to the other party.

That’s a practical reality that Biden has recognized in the past. Back when he was a member of the Senate, Biden once warned Republicans against blowing up the filibuster by calling the threatened maneuver “an example of the arrogance of power.”

Now, however, he’s pushing in the opposite direction.

“To protect our democracy, I support changing our Senate rules—whatever way they have to be changed to protect majority rule,” Biden said Tuesday.

The problem for Biden is that the current filibuster rules seem to have the support of a majority of sitting U.S. senators. When Democrats find themselves back in the Senate minority, they may be thankful for that fact.