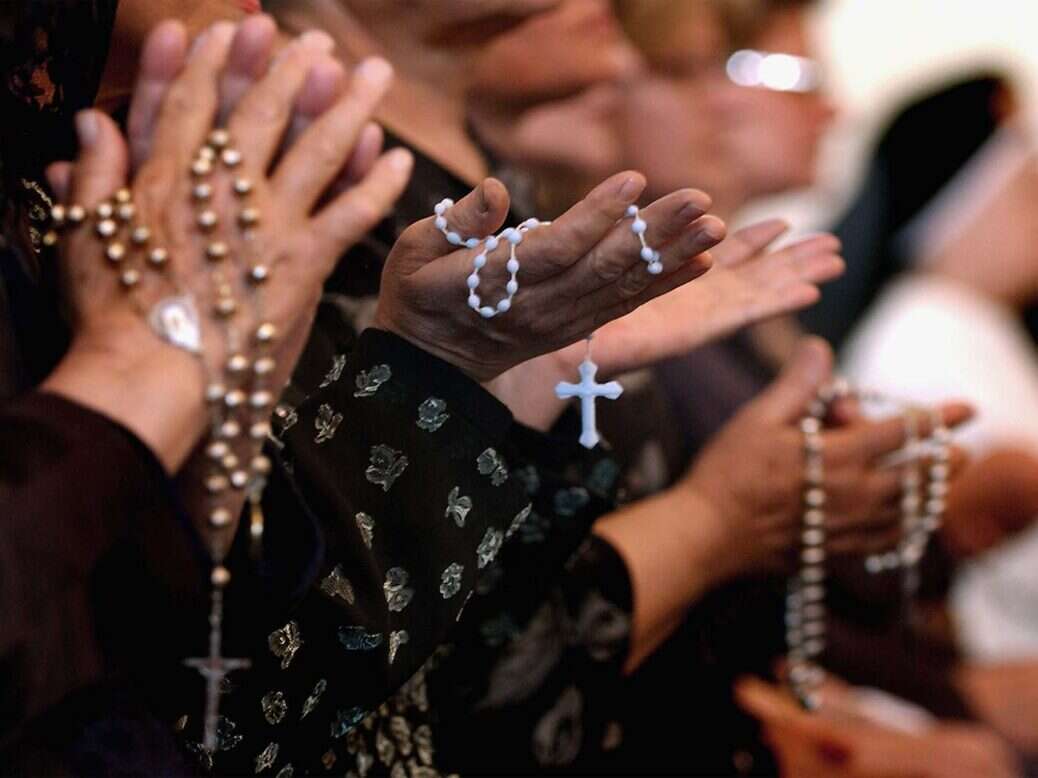 The Pope, it seems, is having a bad few days. This week he made a quite extraordinarily insensitive and crass comment, claiming that couples choosing to have pets instead of children are selfish, and their decision leads to a loss of “humanity” and is a detriment to civilisation. Aside from the sweeping generalisation and failure, ironically, to grasp the humanity involved, he is a celibate man named after the patron saint of animals!

The statement garnered international attention, but something he said on New Year’s Day was much more significant. Pope Francis delivered a sermon in which he condemned violence against women as “an insult to God”. Addressing the issue with evident passion, he argued: “Since mothers bestow life, and women keep the world together, let us all make greater efforts to promote mothers and to protect women.”

It’s not the first time the 85-year-old leader of more than 1.3 billion Roman Catholics has spoken out about the subject, and many across the world took this as another example of the pontiff being an enlightened progressive. Which to an extent he is: on several themes, such as the importance of tackling climate change, he has shown himself to be forward-thinking, sometimes more so than ostensibly liberal, secular leaders. But there’s more to the story.

While Pope Francis has seemed to be supportive of LGBTQ rights, for example, it’s actually more difficult for a gay man to enter a Catholic seminary now than it was under previous popes, including John Paul II and Benedict XVI. The Church’s catechism still regards “homosexual acts” as being of “grave depravity” and “contrary to natural law”, insisting that “homosexual acts are intrinsically disordered”.

Regarding gender-based violence, while it may be that on a visceral, personal level the Pope is appalled, even his language during his sermon reveals an inherent difficulty in the Catholic Church’s attitude towards women. “Since mothers bestow life”, we should protect them, he said. Opposing violence against women on the basis that womanhood is intrinsically linked to motherhood is an abhorrent argument, but this model is at the epicentre of Catholic teaching: women as mothers, as spiritual heirs of the Virgin Mary, who are to be protected not because of humanity and equality but due to their fertility and piety.

That reductive view of women as virtual icons is part of the problem rather than the solution. And it leads directly to the struggle for women’s reproductive rights.

Abortion is criminalised in many Catholic countries, causing widespread suffering, particularly for poor women. In El Salvador, three women who spent between six and 13 years in prison under draconian anti-abortion laws after suffering miscarriages have just this week been released. Even in the US, where church and state are allegedly separated, in Oklahoma last year a 21-year-old Native American woman was convicted of manslaughter after having a miscarriage. These are shocking but not unusual examples. With conservative Catholic justices so dominant on the US Supreme Court, abortion rights are under constant attack and the crucial Roe v Wade ruling may well be overturned this year.

The Catholic church teaches that abortion “is gravely contrary to the moral law” and the taking of innocent life, and many Catholic anti-abortion activists routinely make comparisons between women’s choice and the Holocaust. Francis may not be so irresponsible in his language, but he does describe abortion as “murder”. While seeming to be relatively understanding of Catholic politicians, such as President Joe Biden, who vote for women’s reproductive rights, the Pope has still said that “those who carry out abortions kill”.

There are, of course, no women in positions of power within the Catholic Church. Christianity historically downplayed the central role of women in the ministry of Jesus and the life of the early Church. The story of Mary Magdalene is indicative. She is referred to by name a dozen times in the four gospels, more than most of the male apostles, and she’s also present at Jesus’s crucifixion and resurrection. In 591, however, Pope Gregory I described her as a prostitute, likely confusing her with the maligned Mary of Bethany, and the ugly cliché of the saved “fallen women” has persisted in modern times. Rather than being a central figure in the story of Christ, Mary Magdalene became a passive example of restored brokenness, a sexual caricature.

Some 1,500 years later women may be extremely active in the Catholic Church, and in many cases keep it alive, but only men can be ordained and become leaders. The Church’s catechism states: “The Lord Jesus chose men to form the college of the 12 apostles. The Church recognises herself to be bound by this choice made by the Lord himself. For this reason the ordination of women is not possible.” In Roman Catholic terms, a priest celebrates the Mass “in persona Christi” – in the person of Christ – and Jesus was a man. (He was also Jewish and circumcised but this doesn’t appear to be an impediment.)

The Catholic Church has a right to hold to this position, and other Christian denominations are similarly, if less rigidly, male dominated. But the point holds that in spite of Catholic protestations of equality, it is only “Father” who represents Jesus, has the power and authority to turn bread and wine into body and blood, and to hear confessions. That matters. Contrary to what some people might assume, Francis has said, “the door is closed” on the issue. “On the ordination of women in the Catholic Church,” he stressed, “the last word is clear, it was said by St John Paul II and this remains.”

None of this should be compared directly to gender-based violence, which is a plague that goes far beyond religion. But there’s context, culture and cause involved in what Francis said, along with perceptions of power, the place and freedom of women in society, and real and absolute equality are central. The daily experience of women in the Church varies, but there are numerous stories, many of them contemporary, of women being told by priests to return to abusive husbands due to the “sanctity of marriage”. The commonality of that theme, and its routes, are deeply troubling – as are the cases of mothers reporting of their children being abused by priests yet being dismissed by the Church, always men, as dishonest or hysterical.

Pope Francis has often been startlingly impressive when speaking out on climate change, the dignity of refugees and economic justice, but closer to home and Rome he can be inconsistent, and even in denial. Women face oppression and violence in all sorts of places, caused by all sorts of reasons, and it’s time that organised religion admitted its own part – its own sins – and put its house in order.

[see also: An inquiry exposes the scale of sex abuse by the Catholic Church. Will the Vatican ever act?]