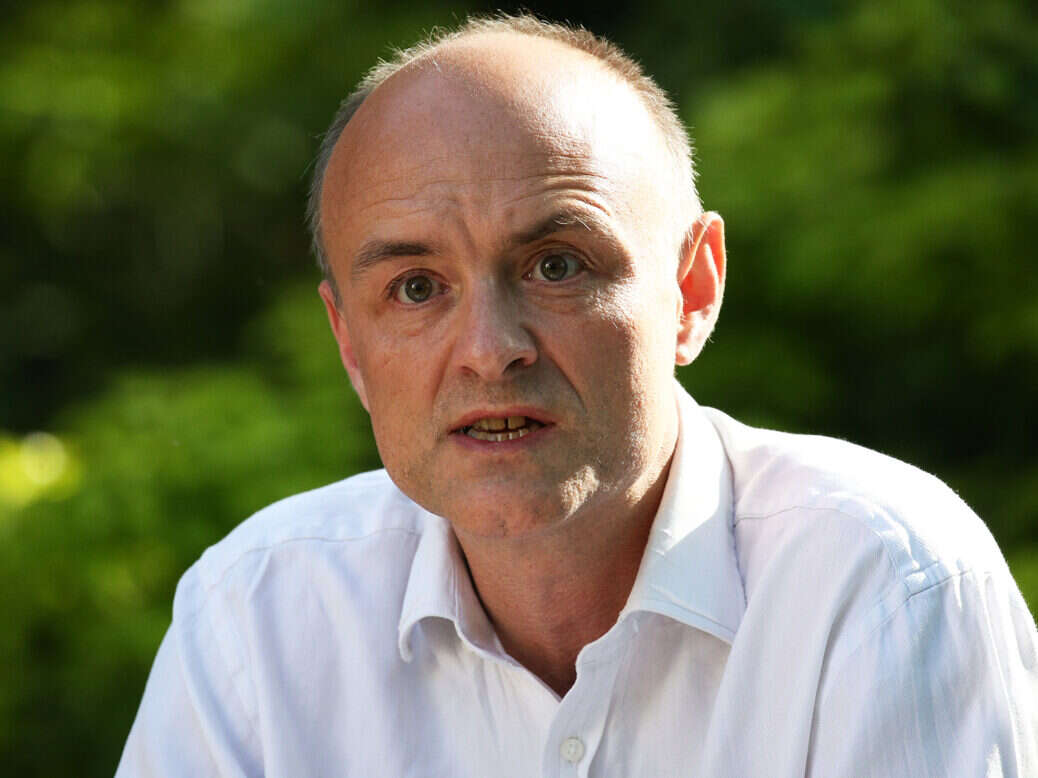 Six days ago, on a quiet Friday afternoon, Dominic Cummings emailed the followers of his Substack newsletter. In that email he pushed back against the idea that a leaked aerial photo of him, Boris Johnson and others in the Downing Street garden on 15 May depicted a “party”. The assorted gatherings that afternoon, Cummings claimed, were merely an extension of the working day. Instead, he argued that the inquiry by the cabinet civil servant, Sue Gray, into whether No 10 staff broke lockdown rules “should investigate the ‘Socially Distanced Drinks’ email sent on Wednesday 20 May 2020”.

Within 90 minutes, ITV’s political editor Robert Peston reported that Martin Reynolds, the Prime Minister’s principal private secretary, was the source of the email. Within 72 hours, Paul Brand of ITV had been leaked Reynolds’ email to staff, inviting them to “bring [their] own booze” to the garden drinks.

It is highly plausible that Cummings was one of Peston’s “two sources” on Reynolds. And he may have been the source of the leaked email itself; as a No 10 staffer Cummings would have received it, and he certainly has the motive to have leaked it. There are other reasons to suspect he might have been involved. Peston has regularly tweeted out details from Cummings – in August 2020, for instance, he gave an update on Cummings’s personal health and assured readers that Johnson’s then-aide “returns to normal duties at No 10 Monday”. The pair have plainly spoken in the past.

Yesterday, Peston reported that the Prime Minister’s now-wife Carrie Symonds was “drinking (gin I’m told)” at the party on 20 May, and that Henry Newman and Josh Grimstone – two special advisers who at the time worked for Michael Gove in the Cabinet Office, and who are well-known as friends and allies of Symonds’ – also attended. There is good reason to suspect Cummings of being behind this briefing too: he has spoken out against Symonds and Newman, and Peston is a known contact of his.

It is clear that the ITV journalist and former Downing Street aide continue to engage with one another. When Peston speculated about the confidentiality of Reynolds’ email, Cummings publicly explained the classification of No 10 emails to him on Twitter.

Cummings himself was one of Johnson’s lead advisers at the time, but he has said that he did not attend the No 10 party. In fact, he has claimed that he “and at least one other spad” [special adviser] told Reynolds in writing that it should not happen. (Cummings has not released anything proving this, although he could, presumably, easily do so – he has often publicly released internal No 10 material.) Within days of the 20 May party, the story of Cummings’ own lockdown breach and roadtrip from London to Durham broke. The existence of the party perhaps helped to stay Johnson’s hand and prevent him firing Cummings in the ensuing furore.

Support is draining from the Prime Minister, with backing for the Tories having fallen from 44 per cent in June to 33 per cent this week. (Labour has risen from 33 to 38 per cent in that time.) Perhaps more importantly, voters are now split when asked to choose between Johnson and Keir Starmer as their preferred PM – this, rather than headline polls, is the metric that has been proven most predictive in recent elections. Johnson led Starmer by 17 points on this front when voters were asked in June.

Cummings has already been clear (on 18 December) that he thinks Johnson’s downfall this year is a near certainty. “The new PM,” he wrote in a Substack email then, “will take over in 2022 (85 per cent)”. Cummings, whose contempt for Johnson is at times too great for him to handle punctuation on Twitter, has avoided commenting directly on the fallout for the Prime Minister since yesterday lunchtime, when he tweeted: “Whole point of why I & other official told MR [Martin Reynolds] – WTF YOU DOING HOLDING A PARTY [on 20 May] – was cos the invite = obv totally SOCIAL NOT WORK (UNlike all the mtngs in garden). No way ‘technically within rules’. Shopping cart bullshit cos [the] altern[ative] is admit he broke rules + resign”.

His campaign against his former ennobler is proving more successful than many suspected last spring, when Cummings reappeared after months of quiet having left No 10 in November 2020. He has reinvented himself in part as a pundit, but primarily as the discloser of Johnson’s secrets. As Matthew Parris once suggested: when Johnson appointed Cummings, he appears to have appointed his own executioner.

[See also: Why hasn’t the Metropolitan Police brought Boris Johnson in for questioning?]