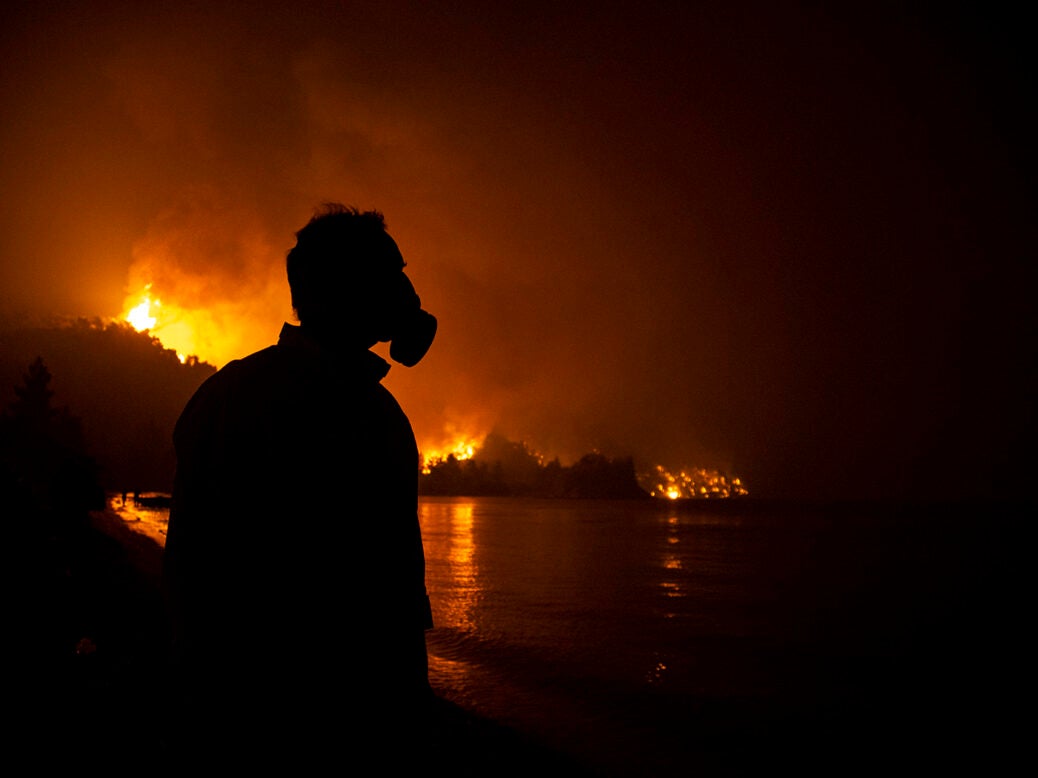 The mega-rich love to talk about climate change. Whether it’s Amazon founder Jeff Bezos telling the Cop26 climate summit that it took a trip to space to understand the need to protect the world, or Microsoft founder Bill Gates writing a book on the subject, the journey from entrepreneur to billionaire to climate advocate is a well-trodden path.

But given that they are not climate scientists, the most valuable asset these individuals can offer to the climate fight – reducing their personal emissions aside – is money. The cost of reaching net zero emissions is tens of trillions of dollars, a bill the world’s billionaires – collectively worth $13.1trn – could make a hefty contribution towards.

Data shows that philanthropic spending on climate action remains low. Donations from charitable foundations and rich individuals to environmental causes accounted for just $1.4bn out of a total of $64bn of philanthropic giving in the US in 2020.

The collective wealth of billionaires has soared by $5.5trn during the pandemic, estimates the US-based Institute for Policy Studies, yet individuals stumped up less than $3bn at Cop26. Bezos leads the way for climate-giving among individual donors, having launched his $10bn “Earth Fund” in 2020. But only $1.4bn has been handed out so far, 0.7 per cent of Bezos’s estimated $200bn fortune.

In addition to a lack of spending on climate action, there is often an unsettling contradiction in approaches to climate philanthropy. Foundations that fund environmental causes often do so with money made from fossil fuel investments. The situation has improved in recent years: the number of major foundations that have fully divested from fossil fuels has increased from 17 to 192 since 2014, as tracked by the DivestInvest Network. But a legacy of dirty investment portfolios endures. The $13bn-endowed Hewlett Foundation – one of the most prolific climate philanthropies, giving $466m in climate grants in 2020 – has divested from coal, but maintains investments in oil and gas (a spokesperson told the New Statesman that its expects to divest from all fossil fuels in the next five years).

An analysis from academics at Indiana University also shows how billionaire philanthropists produce emissions thousands of times greater than the average individual. Gates and Bezos, respectively, are estimated to produce 7,400 and 2,000 tonnes of carbon a year, compared with a global average of 5 tonnes.

Other highly polluting philanthropists have deliberately directed their money to work against climate action. “Conservative philanthropists like the Koch brothers – whose $100bn business empire centres on fossil fuels – have given millions to conservative think tanks and climate-sceptic academics,” said Paul Vallely, author of Philanthropy: From Aristotle to Zuckerberg.

It can be tempting to fixate on the hypocrisy of calling for change, while being responsible for outrageous levels of emissions. But Bernice Lee, from the think tank Chatham House, suggested this is not a reason to dismiss philanthropy as a force for climate action. “Emissions are correlated with wealth and consumption, not the size of the giving,” she said. “Philanthropists are obviously beneficiaries of the current system, but their giving can support efforts to correct the injustices of a system that has made some wealthier than others.”

Correcting or trying to avoid injustices is indeed the focus of the Ford Foundation. Set up in 1936 to make grants from automobile manufacturer Henry Ford’s personal fortune, it aims to marry climate action and social justice “to protect human rights and communities”, said Anthony Bebbington, director of its Natural Resources and Climate Change programme. A focus on people becomes “a climate change intervention”, he explained, because strengthening indigenous people’s territorial claims in forest areas or ensuring a stable local environment when a mine providing energy transition minerals opens, also works in the interests of the planet.

The Laudes Foundation, which gives on behalf of C&A fashion billionaires, the Brenninkmeijer family, was established in 2020 solely to accelerate the clean energy transition. It was a key backer of the Beyond Oil and Gas Alliance, the first-ever international agreement to end oil and gas extraction which was launched at Cop26. “It’s easy to support existing initiatives, but we want to disrupt and transform by targeting philanthropic capital into areas that can really unleash new creativity,” said Laudes’s CEO Leslie Johnston.

But the roughly $60m that Johnston claimed Laudes invests each year pales in comparison to the potential donations that could come from the world’s deepest pockets. Other foundations need to “step up” to meet the scale of the climate challenge, she said.

“Billionaires need to step up their philanthropic giving in the climate space commensurate with the pace of climate disruption,” said Chuck Collins, senior scholar at the Institute for Policy Studies. He also emphasised that the focus of philanthropic giving often remains “legacy gifts” to universities, hospitals and other institutions, rather than giving that targets systemic change. “It can make us wonder if [billionaires] are living on a different planet, facing different challenges,” he added.

[See also: Ann Pettifor on why the rich must be first to pay for the climate crisis]