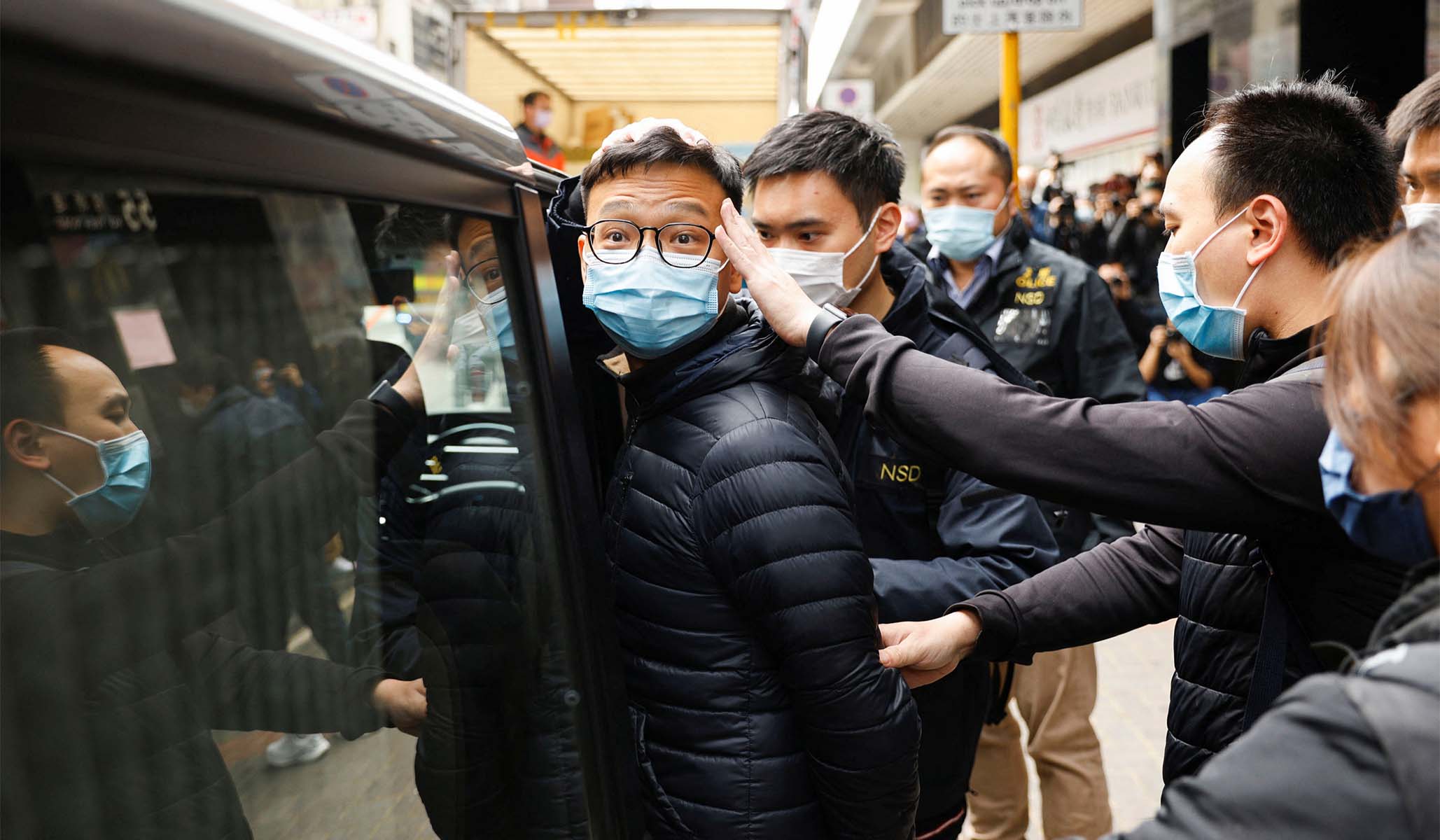 A dissident pro-democracy website in Hong Kong closed Wednesday after police stormed its headquarters and arrested six current and former editors and board members in another free-speech suppression campaign in the semi-autonomous Chinese city.

Stand News said in a statement that it will be dismantling its website and social media as well as discontinuing operations.

After Apple Daily, which folded in June following pro-China officials’ decision to freeze its assets and arrest its top editors, the independent Stand News outlet is the next victim of Hong Kong communist authorities that want to eliminate dissent. In that earlier bust, Hong Kong police ransacked journalistic materials and computer hard drives as part of a criminal probe.

The six people affiliated with Stand News who were arrested include popular singer and activist Denise Ho, a former board member. At a briefing Wednesday afternoon, Steve Li Kwai-wah, senior superintendent of the Hong Kong police’s National Security Department, accused those arrested of orchestrating a seditious plot, citing politically provocative articles published between July 2020 and November 2021.

Over 200 agents raided the office, police said, with the mission to seize certain documents under the National Security Law imposed on the city by Beijing in 2020. The law gives the authorities sweeping powers to suspend press freedoms.

Ronson Chan, chair of the HJKA, was “taken away by the police,” the organization wrote in a statement, presumably for interrogation. Chan told media later that officers had confiscated his electronic devices, bank cards, and press card.

“The Hong Kong Journalists Association is deeply concerned that the police have repeatedly arrested senior members of the media and searched the offices of news organizations containing large quantities of journalistic materials within a year,” the HKJA said Wednesday. It appealed to Hong Kong’s constitution, specifically Article 27 of the Hong Kong Basic Law, which technically protects freedom of speech, of the press, and of publication.

Authorities maintained that they were not cracking down on journalism but rather threats to the state.

“We are not targeting reporters, we are not targeting the media, we just targeted national-security offenses,” said Li Kwai-wah, senior superintendent of the police National Security Department. “If you only report, I don’t think this is a problem.”

“Don’t be biased. You know well how to report, how to be a responsible reporter, how to make a non-biased report to your readers. That’s all I can give you,” he said, offering his recommendation to journalists on how to avoid investigation and prosecution.

The Wednesday development comes after Stand News had already scrubbed its website of most opinion pieces and columns to comply with the National Security Law.