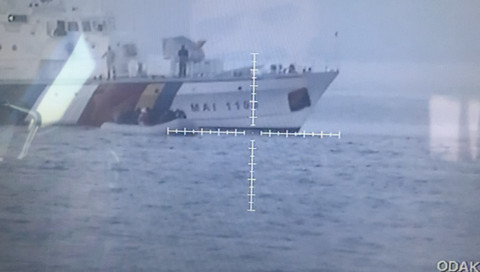 Extra monitoring of possible rights abuses on Greece’s borders may constitute a “rule-of-law violation”, the Greek migration minister Notis Mitarachi has said – because it may not be under judicial oversight.

The comment was made on Thursday (4 November) to reporters.

It comes after a European Commission demand for Greece to create a credible and independent monitoring system to raise the alarm on any illegal pushbacks of migrants and asylum seekers, as well as other fundamental rights violations.

It also comes amid serious allegations of authorities conducting pushbacks at Greek borders since March 2020, a charge consistently denied by Mitarachi despite mounting evidence to the contrary.

Some of that evidence includes people being towed back out to sea and set adrift in rafts for Turkish authorities to then deal with. Others include people being beaten and forced back across the land border with Turkey.

Multiple similar pushback reports have been documented elsewhere and are increasingly being used along the EU sides of the Belarus border – Poland, Latvia and Lithuania – as well, even when asylum has been requested.

Pressed on when Greece would set up a monitor, as the commission proposed, Mitarachi says Athens already has an oversight system in place.

“What I think is not needed is to create a special mechanism which is not under the judiciary, consisting of individuals selected to form an authority” he said. “This I think could even be considered to be breaking the rule of law in my mind,” he added.

For its part, the commission on Thursday said it was still pressing for its creation.

“We have received reassurances from the Greek authorities that they are committed to putting in place such a mechanism,” said a commission spokesperson.

A wider proposal under a new draft EU migration law would require EU states to set up an independent monitor, all under national judicial review. The one demanded for Greece would presumably be as well, posing questions on Mitarachi’s rule-of-law statement.

But Mitarachi also took issue with pushback claims and referenced a decision by the European Court of Human Rights on Spain, to further boost border security.

It is likely he was referring to a case dealing with several hundred migrants who scaled the fences of the Spanish enclave of Melilla in 2014.

Many were forcibly returned to Morocco, in what critics called a collective pushback. But last year the European Court of Human Rights ruled their forced return had not been entirely illegal.

The case has been used to bolster interception rules at sea under article six of an EU regulation.

But a recent legal analysis by the European Commission shredded that interpretation, noting the judgement cannot be applied to all situations.

It also said the ruling had been made in the context of land borders and was specific to the situation with Morocco.

Mitarachi’s statement was made alongside a press conference attended by the head of the European Parliament’s civil liberties committee, Spanish socialist MEP Juan Fernando López Aguilar.

Aguilar, along with a handful of other EU lawmakers, were in Greece for a three-day tour to scope out migration-related issues. He was careful not to fault Greece following the visit, preferring instead to direct his criticism towards the EU institutions.

“We are here to make sure that the European Union does better, improves its delivery,” he said.

Meanwhile, thousands of asylum seekers in Greece have been unable to access cash assistance support since the start of October, says the International Red Cross.

The programme was initially run by the UN refugee agency (UNHCR) and has since been taken over by the Greek government.

But the transition has left some 36,000 people without the needed support for the past month, leading to hunger for others in the camps, says the NGO.