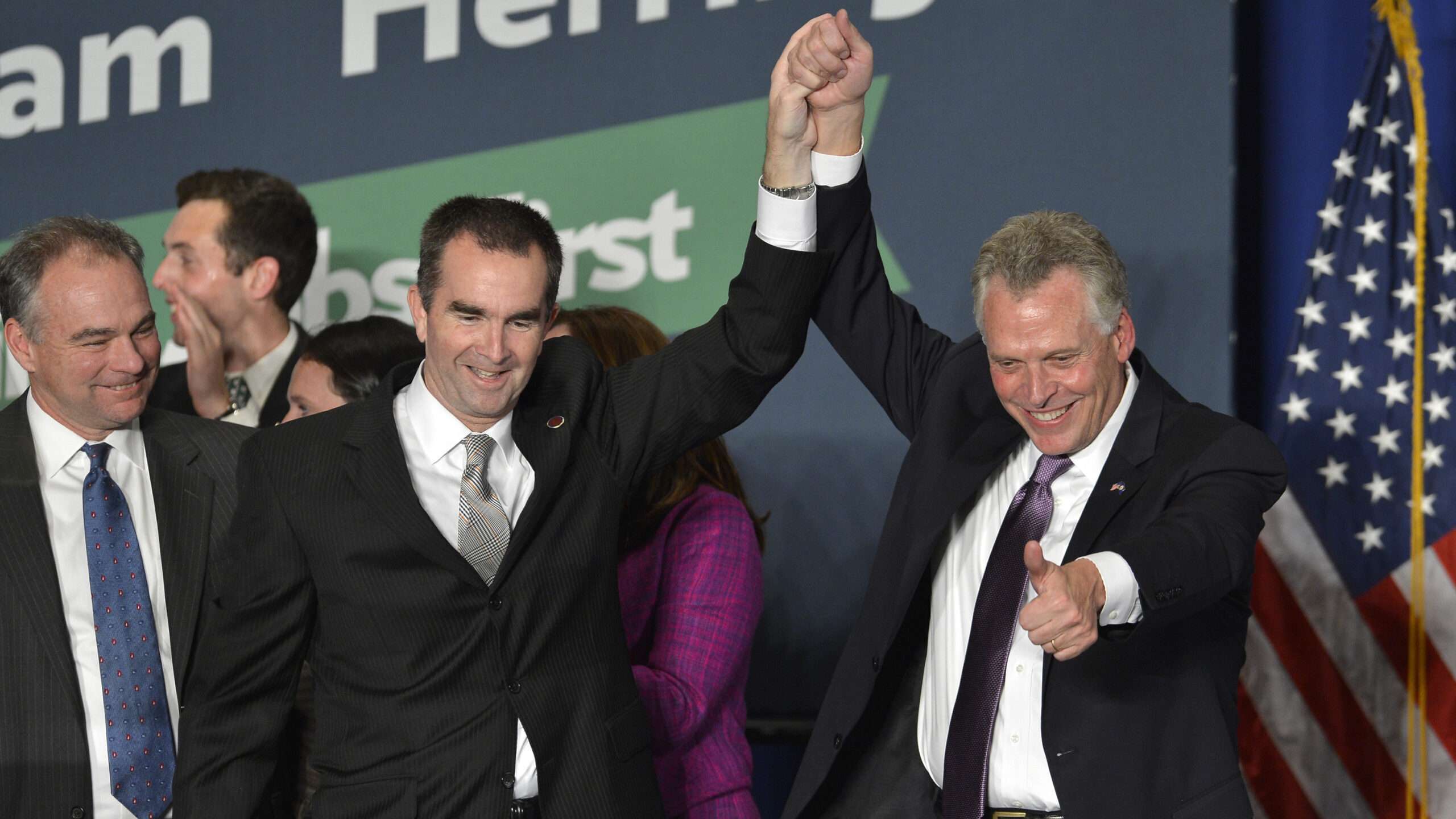 It’s rare for a single election result to spell the likely end of the careers of two politicians, but Virginia Democrats appear to have accomplished just that in 2021. With Governor-elect Glenn Youngkin’s two–percentage point upset victory, angry parents likely put an end to the careers of current Gov. Ralph Northam and 2014–2018 Gov. Terry McAuliffe. As we bid adieu to 2021, let’s take a ride down memory lane as we also bid good riddance to Northam and McAuliffe.

McAuliffe’s four years in office were plagued by corporate cronyism, which was not surprising given that an electric car company McAuliffe founded was excessively dependent on subsidies (the company sought subsidies for a factory in Virginia, but ended up with Mississippi’s subsidies instead). Nonetheless, the company’s lobbyist was McAuliffe’s first appointment after winning the 2013 election. McAuliffe did manage to bring some jobs to Virginia—all it took was a meager $5 million grant to get Stone Brewing to create 300 jobs in Richmond, for instance. Another $5 million from the state brought the Corporate Executive Board and 800 jobs to Arlington, Virginia, while Nestle USA got the big bucks: $10 million in cash grants (for just 750 jobs).

But for all that cronyism, Virginia’s decrease in unemployment under McAuliffe was about average compared to other states, at a time when the number of federal employees (and thus, wealth in Virginia) was growing.

While McAuliffe did pardon a record number of prisoners (227), three people were executed under his watch. He also tried and failed to expand Medicaid, which his successor, Northam, eventually accomplished.

With Virginia’s restriction that governors may only serve one consecutive term, McAuliffe was out and Northam was in after winning the 2017 election by nine percentage points.

Under Northam, Democrats and Republicans came together to pass bad bills expanding Medicaid and raising the smoking age to 21 (less than a year before the federal government did it anyway). And while Northam signed a bill to legalize recreational marijuana, sales still won’t be legal until 2024.

When the pandemic hit, Northam wasn’t terrible on COVID-19 policy, at least compared to many of his fellow Democrats. Living in northern Virginia was quite literally a breath of fresh air during the pandemic compared to nearby Washington, D.C., where masks were required outside for a long time. Northam never issued nonsensical bans on buying gardening supplies or going boating, as Michigan Gov. Gretchen Whitmer did.

Northam, who was term-limited, may have found it hard to come back in any future elections anyway thanks to the blackface scandal that nearly forced him to resign. While a monthslong investigation into a racist yearbook photo of two men (one in blackface, the other in a KKK outfit) was inconclusive, Northam admitted to once darkening his face with shoe polish to look like Michael Jackson (he was very close to moonwalking during a press conference before his wife stopped him and saved his governorship) and one of his college yearbooks listed “coonman” as one of his nicknames.

As a result, Northam refocused his time in office on racial issues, resulting in several positive reforms, including the abolition of the death penalty, banning no-knock search warrants, and the repeal of some Jim Crow laws that were still on the books even though they weren’t enforced. It shouldn’t have taken a scandal to get Northam to support these measures, though. Besides, Northam signed a slew of gun control bills into law, despite the racist roots of gun control and racially disproportionate harm they have.

Like pretty much every other Democrat in Virginia and most of the country, McAuliffe called on Northam to resign during the initial blackface outrage. Two years later, McAuliffe was asking Northam to campaign with him anyway.

McAuliffe crushed four competitors in the 2021 Democratic gubernatorial primary with 62 percent of the vote, and campaigned in the general election like he assumed he would win—after all, a Republican hadn’t won a statewide election in Virginia since 2009. So McAuliffe was perhaps not thinking very hard when he said in a debate, “I don’t think parents should be telling schools what they should teach.” He claimed the quote was taken out of context, but his coziness with teachers unions suggested otherwise.

And so, Virginia parents put the final nail in the coffin of the political careers of McAuliffe (surely) and Northam (probably—his approval rating was already falling even before the surge against Virginia Democrats).

Youngkin won’t be a perfect governor. While he seems likely to take a live-and-let-live approach on COVID-19 restrictions, he needs to keep his promise to stay the course on recreational marijuana and avoid going overboard against critical race theory and nonviolent crime. For at least two years, he’ll have to work with a Democratic-leaning Senate and a slim Republican majority in the House of Delegates. Perhaps Youngkin will manage to exceed the bar set by Northam and McAuliffe.