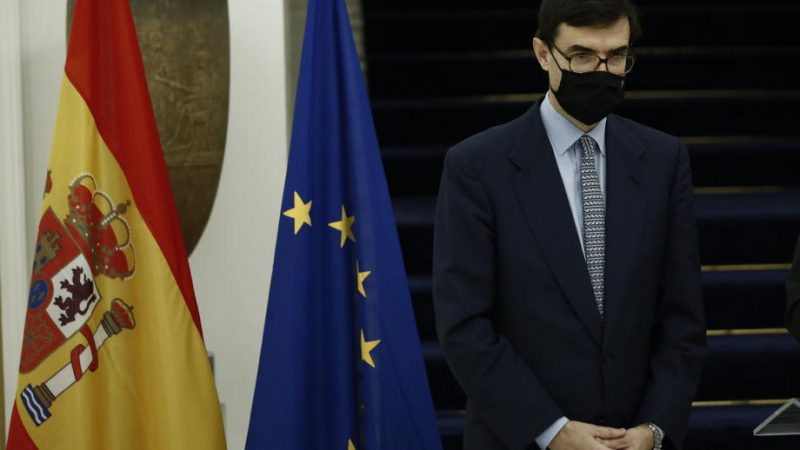 The late-December resignation of the Secretary of State for the EU, Juan González-Barba, has led to accusations of disloyalty from disgruntled labour groups.

A year and a half ahead of the Spanish presidency of the Council in 2023, the change was foreseen when González-Barba did not attend the European Council accompanying Sánchez in mid-December.

Reportedly, the resignation of González-Barba was motivated by the lack of autonomy under the Foreign Affairs Minister José Manuel Albares. The latter was only appointed six months ago and used to work under González Barba in the Directorate-General for the Maghreb, Sub-Saharan Africa, the Mediterranean and the Middle East.

As Europa press reported, the former secretary of state requested to be sent as UN special envoy for Cyprus, for which he had the backing of the Cypriot and Turkish governments. Nevertheless, his candidacy was not backed by the government as, according to their sources, he did not have enough support.

Following the controversy, the second-largest labour union in Spain, the General Union of Workers (UGT) sent an email to all Ministry of Foreign Affairs employees, criticising González-Barba.

They accused him of being disloyal to the minister and institution. They remarked that “resigning a year into the European Presidency in such a stentorian manner is not the best sign of sanity and good sense, but we recognise that there are such people and that in many cases they abuse the good faith of the superiors who trusted them.”

In the light of these accusations, the professional association of Spanish Diplomatic Careers (ADE) released a statement on Tuesday (4th January) condemning the “public accusation made by the UGT against one of our members” and stressed that the accusation comes solely based on non-checked information published by the press.

The ADE highlighted the remarkable trajectory of González Barba during his 30 years of service while emphasising that the MFA employees emails should be used for useful information and not the kind of statements that UGT has sent.