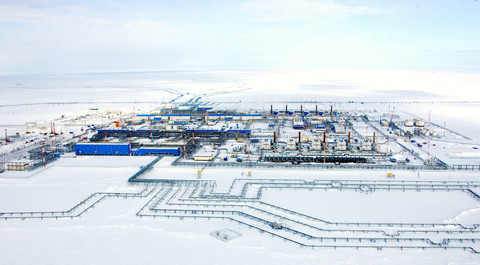 EU foreign affairs chief Josep Borrell has gone against Germany by saying the fate of Russia’s Nord Stream 2 gas pipeline was tied to events in Ukraine.

“Certainly, the functioning of this infrastructure will depend on the development of events in Ukraine and the attitude of Russia,” he said after meeting with EU defence ministers in Brest, France, on Thursday (13 January).

“You cannot imagine we are thinking on one side of imposing sanctions [on Russia] just in case, and, on the other hand … opening of the infrastructure,” he added.

“It’s certainly linked to the military situation in Ukraine, it’s obvious,” he added.

But the linkage was less obvious to France’s defence minister, Florence Parly, who answered the same journalist’s question on the pipeline by saying France and Germany were trying to revive so-called Normandy Format peace talks with Russia on Ukraine.

“I don’t want to give the impression I’m not answering the question,” she added.

And there was no linkage whatsoever for Germany’s defence minister, Christine Lambrecht, speaking to German broadcaster RBB earlier the same day.

“We should not drag [Nord Stream 2] into this conflict,” she said.

The view has deeper roots in Lambrecht’s centre-left SPD party in the ruling coalition, whose former chancellor, Gerhard Schröder, notoriously took a job as a Russian lobbyist after stepping down from office.

And it was also aired by the SPD’s general secretary, Kevin Kuehnert, earlier this week.

“We have to leave the [pipeline dispute] behind us at some point,” he said.

“Everything in me resists the idea of conflicts being conjured up just to bury a controversial project,” he added, repeating a Russian talking point – that the US was seeking to sanction Nord Stream 2 so that it could export more liquid gas to Europe itself.

The Kremlin spokesman, Dmitry Peskov, also said on Thursday it was “absurd” to link Nord Stream 2 to Ukraine and that it was a “purely commercial” project.

But that is not the view in Ukraine, the US, or in eastern and nordic EU states, who say it will enable Russia to wage war in Ukraine without fear of harming its EU gas exports, most of which are currently transited through Ukraine’s pipelines.

And it will enable Russia to cut off Ukraine, Poland, and the Baltic states in future, without hurting Germany, they say.

For Yuriy Vitrenko, the CEO of Ukraine’s gas distributor, Naftogaz, the EU should block Nord Stream 2 already to show Russia it was taking a “firm” stance on its military build up around Ukraine.

And it should also sanction Nord Stream 1, a Russia-Germany gas pipeline up and running years ago, in the event of war.

“If there is further aggression on the Russian side, they should be talking about Nord Stream 1,” he told US broadcaster CNBC on Thursday.

For its part, the US is currently considering two competing sanctions bills on how to shut down Nord Stream 2 if Russia attacked Ukraine again.

“From our perspective, it’s very hard to see gas flowing through the pipeline or for it to become operational if Russia renews its aggression on Ukraine,” US deputy state secretary Wendy Sherman said on Wednesday, following Nato-Russia talks in Brussels.

Borrell, on Thursday, also said Nord Stream 2 was not liked by the EU because it would increase energy dependence on Russia even if there was no war.

But he said the privately-financed project would be free to go ahead if German and EU regulators gave it the green light, in developments expected in the coming months.

“We are in a political space submitted to rule of law and we will do what the regulators decide to do,” he said.

“The regulatory process is currently in the hands of the German Bundesnetzagentur. We [the EU] will be asked for an opinion when they adopt a draft certification decision,” an EU spokeswoman also told EUobserver.

“The German regulator has four months from 9 September [2021] to issue its draft decision, but they are currently in a stop-the-clock moment pending some additional information to be submitted, we believe,” she added.