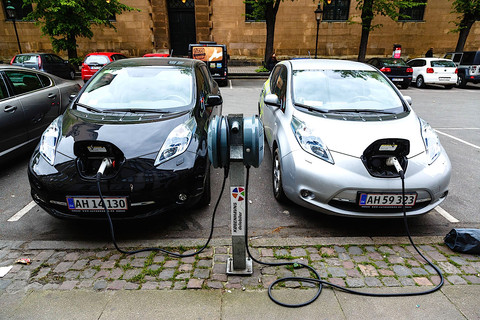 In practice, this means that natural gas projects will still be eligible for public funds under certain conditions.

EU countries with low GDP will have to demonstrate that gas infrastructure is aligned with the EU climate targets to receive Brussels greenlight — either by supporting the phasing out of coal power or by being future-proof, for example, by having the possibility to integrate hydrogen into the grid, the commission said.

“We have to be pragmatic. Natural gas is a special case because for now, it acts as a bridge on our path to more renewables … but we cannot have gas with a lock-in effect,” the EU commissioner in charge of competition policy Margrethe Vestager said.

The goal remains to phase out reliance on all fossil fuels in order to prevent energy-price spikes like those that are happening now, she added.

Gas prices in Europe rose further this week, reaching €148.50 per megawatt-hour on Monday – which represents a 600 percent increase since January.

The revised rules are “a major step” to ensure that state aid plays a full role in supporting the EU’s climate targets to reduce 55 percent of greenhouse gas emissions by 2030 and become climate neutral by 2050, Vestager said.

However, environmental lawyers at ClientEarth warned that the new guidelines are “blatantly inconsistent” with the EU’s climate targets since no gas project can mitigate climate change.

Beyond renewables and other green infrastructure, dedicated funding can support the recovery of biodiversity, energy performance of buildings and the development of the clean-mobility sector, as well as the closure of coal, peat and oil shale plants.

The 120-page document also states that aid can cover up to 100 percent of the funding gap for green projects, including by using carbon contracts for difference, where a fixed carbon price over a given period, regardless of the price on the EU’s carbon market.

The aim is to create incentives for investments in green projects while avoiding the so-called carbon leakage that occurs when businesses transfer their production to non-EU countries with less strict climate rules, the commission said.

EU member states, meanwhile, will have to carry out public consultations for large projects where the estimated average help granted is above €100m per year to identify the environmental gains and take informed decisions.

The new guidelines are expected to be formally adopted in mid-January. And EU member states will have to adapt the existing support mechanisms to the updated rules by 2024.

This is particularly important for countries like Poland, which plans to keep subsidising coal mining operations until 2049.