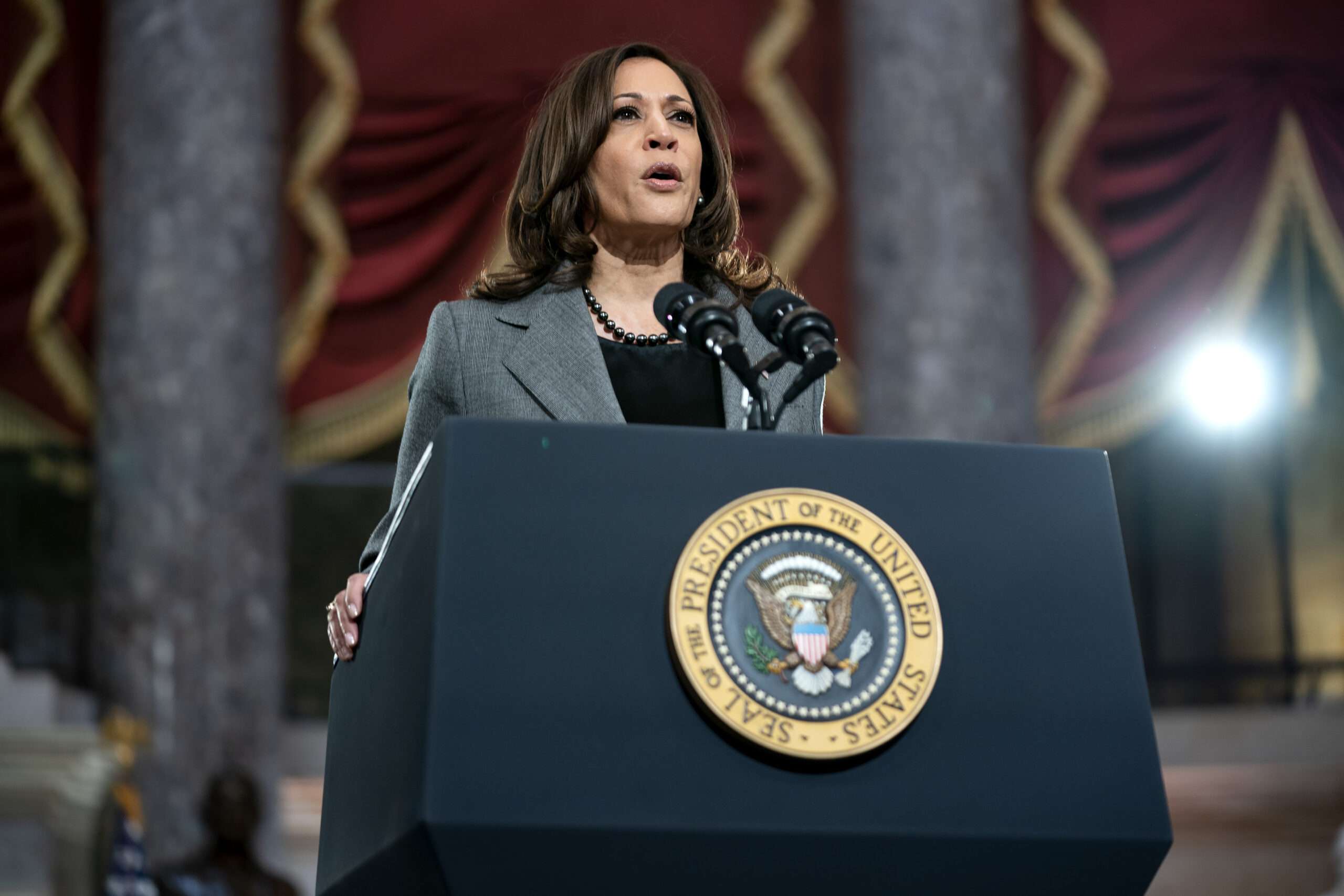 President Joe Biden and Vice President Kamala Harris want Congress to pass two voting rights bills presently stuck in the Senate. Biden and Harris blamed Republicans for preventing the Senate from debating the Freedom to Vote Act and the John R. Lewis Voting Rights Advancement Act. And they called on Democrats to change the Senate rules to overcome Republicans’ obstruction if necessary to pass these two bills.

In forceful remarks delivered at historically black Morehouse College in Atlanta, Georgia, Harris said Democrats should do whatever it takes to stop Republicans from “exploiting arcane rules” that allow senators to filibuster to block the Senate from debating voting rights legislation. Biden argued that Democrats have no choice but to change those rules to eliminate the filibuster if the Senate will safeguard Americans’ right to vote.

Notwithstanding the merits of their views on election policy, Biden and Harris are wrong to claim that Republicans are the culprit behind the Senate’s failure to debate voting rights legislation. And their denunciation of the Senate’s “arcane rules” leaves out that those same rules empower the Democrats to begin debate on voting rights legislation over Republican objections. The Senate’s existing rules and practices empower a majority to vote on a motion to proceed over a minority’s objections. In short, the rules aren’t the problem; Democrats are.

Senators must vote to proceed to voting rights legislation before debating either bill on the Senate floor. And motions to proceed are debatable under the Senate’s rules in most instances. That means that Republicans can filibuster them and, by extension, prevent the Senate from passing the Freedom to Vote Act or the Voting Rights Advancement Act indirectly.

Democrats tried to invoke cloture (i.e., end debate) on a motion to proceed to each bill. But they were unsuccessful because the cloture rule requires “three-fifths of the Senators duly chosen and sworn” (typically 60) must vote for cloture. As a result, the Senate rejected Democrats’ efforts to end debate on the question of taking up each voting rights bill on a party-line vote.

These two votes are why Biden and Harris call on Democrats to use the so-called nuclear option to eliminate the filibuster (i.e., the cloture rule’s super-majority requirement to end debate on a motion to proceed to legislation). They want Democrats to ignore, circumvent, or otherwise change the Senate’s standing rules in direct violation of those rules.

Biden and Harris—both former senators—did not acknowledge in their remarks that Democrats can use other Senate rules to begin debate on the voting rights bills. For example, any Democratic senator—or Harris, as the Senate’s presiding officer—can limit a Republican filibuster of voting rights legislation by enforcing rule XIX. This rule bars senators from speaking “more than twice upon any one question in debate on the same legislative day without leave of the Senate, which shall be determined without debate.”

Using rule XIX to end Republicans’ filibuster instead of rule XXII requires Democrats to keep the Senate in the same legislative day until the Republican senators who are willing to mount a physically demanding filibuster have exhausted their ability to speak on the motion to proceed to voting rights legislation. Then, the Senate votes on the motion when the Republicans committed to filibuster it have delivered the two speeches they are allowed by the rule. At that point, the Senate’s presiding officer can “put the question,” or call for a vote on adopting the motion to proceed to the legislation.

If no senator seeks recognition (i.e., no longer wants to, or can, speak), the Presiding Officer must put the question. The Senate’s rules and practices say that “when a Senator yields the floor, and no other Senator seeks recognition, and there is no order of the Senate to the contrary, the Presiding Officer must put the pending question to a vote.” And it only takes a simple majority of senators (typically 51) to adopt the motion to proceed.

Using rule XIX to begin debate on the Freedom to Vote Act and the Voting Rights Advancement Act with 51 votes takes more effort on the part of Democratic senators—and Republican senators, which is why their filibuster cannot last indefinitely—than invoking cloture on a motion to proceed to each bill with 60 votes. But Biden and Harris left little doubt in their remarks that Democrats are ready to work hard to advance these two bills.

Otherwise, what’s the point of working hard to elect them?