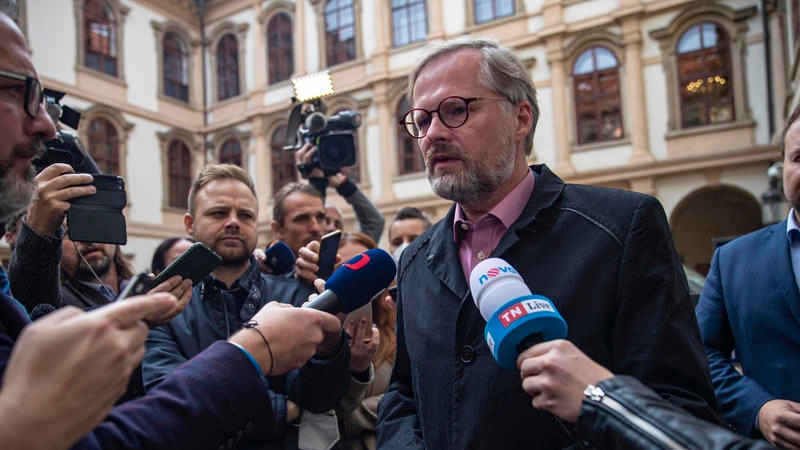 Zeman, who was rushed to hospital on 10 October for an undisclosed condition, said in a telephone interview from hospital on Frekvence 1 radio taped on Friday (5 November) that he felt well and was ready to complete his mandate until 2023.

Under the constitution, Zeman has the right to appoint prime ministers of his choice.

The 77-year-old had previously said he would let the strongest individual party, which is outgoing Prime Minister Andrej Babiš’s ANO, the first chance to form a government, although ANO does not have a majority or partners willing to form one with it.

The ANO party (Renew) led by Czech Prime Minister Andrej Babiš is prepared to go into opposition after it was narrowly defeated in parliamentary elections, several senior members of the party have confirmed.

ANO does not want to block the handover …

That and the president’s condition had led to uncertainty over what would happen next.

But Zeman said he was ready to appoint the centre-right Together coalition’s Fiala, whom he was due to speak to on Saturday, after the new parliament meets next week and Babiš resigns as he has said he will do.

“At the moment the topic is mainly appointing Petr Fiala as prime minister. Several steps must take place toward that,” Zeman said.

“I believe there will be no problem there, you know why? Because Andrej Babiš, whom I spoke to a little while ago on the telephone, is not interested in being prime minister as nobody is willing to negotiate with him,” he said.

Medical experts said on Friday that Zeman required further hospitalisation and not perform his duties fully.

That was an improvement from last month when the hospital said he could not work at all, sparking parliamentary debate over whether to strip him of his powers, including the right to appoint the government.

The Together coalition and a centrist grouping of the Pirate Party and the Mayors movement combined won 108 seats in the 200-seat lower house in the election.

They reached a coalition agreement this week, pledging to cut the budget deficit to 3% of gross domestic product from over 7% this year, make small steps towards eventually adopting the euro, and reaffirm the country’s pro-NATO and pro-EU stance.

The government faces a new wave of coronavirus infections, a spike in inflation including energy prices, sharp interest rate hikes and challenges for the industrialised and coal-dependent country stemming from the European Union’s climate goals.