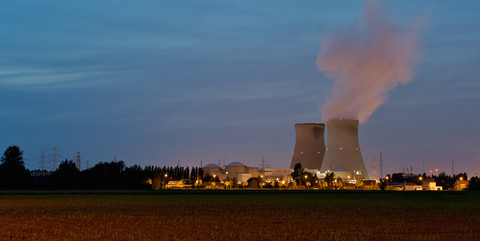 Thirteen members of the EU Commission’s Technical Expert Group (TEG) put out a petition on Tuesday (21 December) calling on nuclear energy not to be labelled as ‘green’.

“We recommend that nuclear fission has no place on the EU taxonomy of sustainable activities,” the group, led by Dawn Slevin, a financial expert and core member of the commission’s financial stability TEG, wrote.

Dealing with the “do no significant harm” principle in the taxonomy, they concluded nuclear may damage the environment due to the need to store it in underground bunkers for thousands of years, and “because the risk of a severe nuclear accident cannot be excluded, even in the best commercially available nuclear power plants.”

They also warn against politicisation of the rules. “Proponents of nuclear energy use the taxonomy to put a ‘scientific’ stamp on what is primarily a political position on nuclear fission energy aiming to satisfy the few EU member states that wish to promote the associated technologies,” the petition states.

France is spearheading an alliance of 10 member states that argue that nuclear fission and gas-fired power plants should be included in the taxonomy.

The TEG members point out that France and Finland are currently the only EU countries actively building nuclear facilities.

The Finnish Olkiluoto-3 was meant to start generating power in 2009, followed by the French Flamanville-3 in 2012.

However, both are still not operational, tripling anticipated costs, the group wrote. The group includes Paolo Masoni, a nuclear engineer, and Eric Laes, a post-doctoral researcher specialising in atomic energy at the Technical University of Eindhoven.

In recent months, the decision on whether to include nuclear and gas in the taxonomy has become politicised.

Last week, EU internal market commissioner Thierry Breton told five European newspapers, including Die Welt, that “it is a lie that the EU can become CO2-neutral without nuclear power.”

French president Emmanuel Macron said last week that France and Germany will try to find a compromise on whether the EU should label nuclear and gas as green investments.

But on Monday, the German Greens, part of the new ruling coalition, came out strongly against nuclear, reiterating their opposition to the inclusion of nuclear in the taxonomy.

German climate and economics minister Robert Habeck later echoed his colleague on German radio Deutschlandfunk, saying: “I do not think nuclear power is the right technology.”

However, chancellor Olaf Scholz (SPD) did not make such a clear statement at the last EU summit on Friday – and admitted Germany will probably not be able to stop the French push for nuclear.

“France is taking a different path [than Germany]. Other countries do as well,” he said.

“That is why it’s important that you can follow your paths and at the same time stay together across Europe,” he added.

The commission planned to present its decision on nuclear and gas on Wednesday, but this has been postponed until mid-January next year.

It now plans to consult a draft version of the taxonomy with member states before the end of the year or at the start of January 2022 – a process that will be clarified on Wednesday.

The Sustainable Finance Platform, a group of 57 NGOs, scientific and financial experts will also be consulted.

The commission has faced backlash in the past from some of its members, including one of the signatories of the petition, for allowing gas an nuclear to be considered in what was meant to be a science-led exercise.