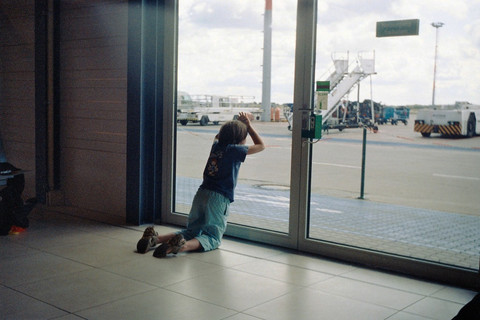 The spread of the more transmissible Omicron variant of coronavirus has triggered a flurry of flight cancellations, hampering Christmas plans for millions of people, while holiday sales rose at the fastest rate in 17 years in the US.

Globally, more than 2,500 flights scheduled for Saturday (25 December) were cancelled because of crew members calling in sick with Covid-19.

But disruptions dragged into Sunday, driving thousands of flight cancellations and delays. Almost one-third of affected flights were from or within the US.

But despite the new variant, American consumers spent generously over the holidays, according to a report by Mastercard released on Sunday.

Retail sales jumped by 8.5 percent over the holiday season, compared to last year, especially for clothes, jewellery and electronics. While online sales increased by 11 percent, as many consumers switched heavily to online purchases as a result of the pandemic.

Omicron, first detected in November, has been now identified in 110 countries worldwide. It accounts for nearly three-quarters of cases in the US.

In the UK, where Omicron is the dominant variant, the government is mulling further restrictions as the country reported record national highs in the number of new infections.

But the surge of infections is putting healthcare systems under pressure all across Europe, with France recording 100,000 infections in a single day for the first time ever.

The French government is expected to meet on Monday to discuss further restrictions, as experts call for delaying the post-holiday return to school, or re-imposing a curfew.

In neighbouring Belgium, new measures for the closure of cultural venues such as cinemas, theatres, and concert halls entered into force on Sunday, triggering fresh protests which accused the government of double standards.

New rules came despite a steady decline in the number of infections and hospital admissions in recent weeks.

Meanwhile, the Dutch approach remains one of the strictest in Europe, as the nation is back into lockdown since mid-December amid concerns over the spread of Omicron.