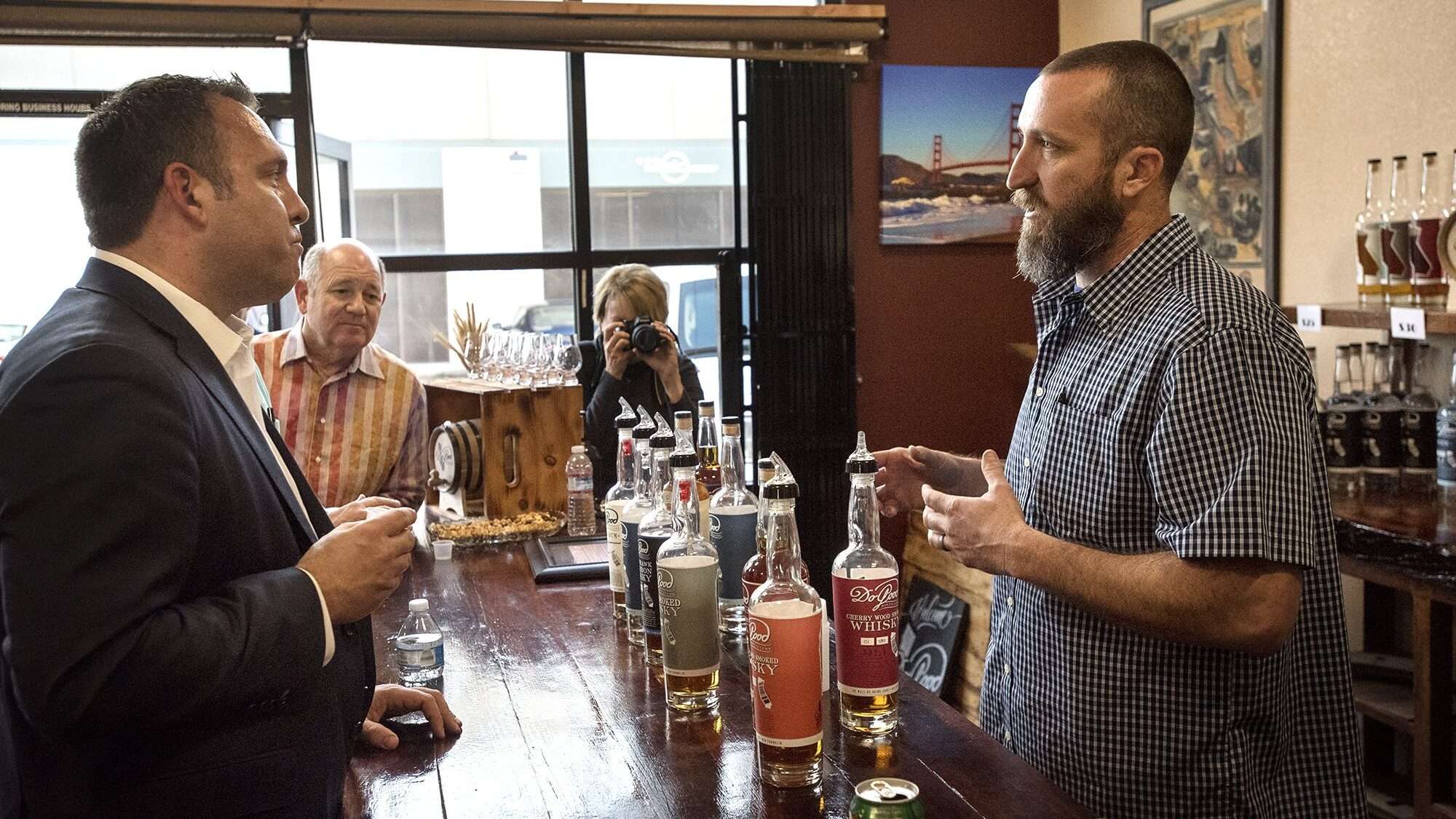 One of the few salutary effects of the pandemic has been an unprecedented liberalization of American alcohol regulations. Consumer-friendly changes have occurred in the past two years that one might have expected to take decades under normal circumstances. States have allowed bars and restaurants to sell cocktails to-go, relaxed restrictions on outdoor drinking, and permitted direct shipping from producers to consumers. These changes have been instrumental for helping businesses survive and have made pandemic life more enjoyable for consumers; the catch is that many of them are temporary measures that won’t remain in place without legislative action

That’s the challenge looming over California craft distillers who are at risk of losing business when the state’s emergency order allowing direct shipping of spirits expires on January 1. Direct-to-consumer (DTC) shipping has helped replace revenues lost in other channels due to the pandemic and related restrictions.

“About 20% of my sales are shipped direct to consumer,” says Aaron Bergh, president and distiller of Calwise Spirits in Paso Robles, California. “One of the biggest things for me has been my ability to grow my subscription club. Before, it had to be pick-up only, which turned a lot of people off because they don’t come to my area often enough to pick up. When I was able to offer shipping, I was able to grow my club to people that live outside of my area. If I’m not able to ship anymore, I know I’m going to lose a chunk of club members.”

A common perception is that the pandemic led to booming alcohol sales. While there is some truth to this, especially in the early days of comprehensive shutdowns when consumers scrambled to stock their home bars, the gains have been unevenly distributed. Retail sales generally favored bigger, established brands while small distillers lost avenues to reach consumers. Tourism, tasting room visits, in-store tastings, and specialty cocktail bars are how small distillers tend to pursue new sales; with all of these closed off to various degrees, sales of craft spirits suffered.

A survey of craft distillers conducted in early 2021 found that more than a third of them reported revenue losses of more than a quarter. It also found that in states that allowed direct-to-consumer shipping, the channel accounted for more than a third of sales for participating distilleries. Writing in the Orange County Register in May, Ryan Friesen of Blinking Owl Distillery noted that “the measure allowed my distillery to keep the lights on, barely, but we have lived with the ever-present knowledge that DTC has not been made permanent and will no longer be allowed without legislative action, which has now stalled.”

At the end of 2021, the legislative question still remains unresolved even as other pandemic liberalizations remain in place. California has legalized cocktails to-go for at least five years and the state is continuing to allow restaurants to serve in extended outdoor spaces. Gov. Gavin Newson (D) extended his declaration of a state of emergency through March 2022 and the current surge in cases demonstrates that the challenge of living with COVID-19 is far from over. Yet the legality of direct shipping of spirits remains in uncertain limbo, neither renewed by Newsom nor resolved by the legislature.

California distillers contend that this burdens them with an unfair double standard, since wineries and breweries are allowed to ship directly. “Prior to 1986, wineries were in the same situation that craft-distilleries face today,” testified Alex Villicana in a hearing for the California Senate. Villicana has owned a winery for 28 years and added a craft distillery, Re:Find, to his Paso Robles business 10 years ago.

Direct shipping contributed to California’s booming wine industry and Villicana argues that it can do the same for spirits. Craft distillers currently face high barriers to entry due to real estate costs and a three-tier distribution system that requires them to sell via distributors; shipping offers a practical means to reach consumers directly. “California distilleries have been allowed, and have proved they can safely ship spirits using common carriers like UPS requiring adult signature verifications,” Villicana said in his testimony. “In doing so, the state helped save our small business, saved and even increased jobs, while providing safe avenues for the consumer to receive the products they want.”

A proposed bill would permanently legalize direct shipping for California distilleries, but the emergency order currently in effect expires on January 1, much too soon for the legislature to vote on the bill. An official committee hearing is scheduled for January 11 and the bill will have to the end of the month to move forward to the senate. (Disclosure: The bill under consideration appears to potentially open possibilities for direct shipping not exclusive to California distillers. I do some freelance work in the spirits industry and thus could be at least indirectly affected by the law.)

The question of permanent legalization should and will be decided by the legislature, but in the meantime distillers face uncertainty about the law and a risk of significant interruption to business that has kept them afloat in the pandemic. A letter from 15 state senators addressed to Newsom and the director of the state’s Department of Alcoholic Beverage Control urges them to extend the emergency long enough for the legislative process to resolve.

If the bill passes, California will join nine other states allowing direct shipping of spirits (for comparison, 46 states allow direct shipping of wine). At the federal level, a proposal to allow the United States Postal Service to deliver alcohol has also been introduced. As Baylen Linnekin wrote for Reason in September, “more permissive federal and state DTC reforms would be particularly welcomed by smaller craft producers and their customers.” Emergency liberalization has focused on keeping small producers in business, but the longer-term argument for direct shipping is that by removing legally mandated barriers to entry, consumers will benefit by finally being able to have the niche spirits they like delivered directly to their door, just like they’ve become accustomed to doing for millions of other products.