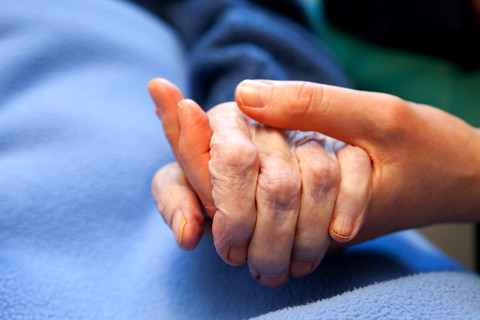 The end of 2021 brought bad news for both Bulgarians and Romanians, as the latest European Commission Health Report puts the south-eastern European nations last in terms of the overall lifespan of their citizens.

The report shows that due to Covid-19, Romanians and Bulgarian now die even younger than before. Life expectancy in both Bulgaria and Romania fell by 1.5 and 1.4 years respectively in 2020, during the Covid-19 pandemic – double the European average of 0.7 years.

In Bulgaria, much like in Romania, the “Covid-19 pandemic has temporarily reversed years of progress in life expectancy, already the lowest in the EU in 2019. Despite health system improvements over the last decade, the impact of persistently high-risk factors, high out-of-pocket payments and excessively hospital-centred care continue to hamper the system’s performance”, the report points out.

Life expectancy in Romania and Bulgaria saw an uptick of four and two years respectively over the period 2000-2019, but still remains below the EU average by a whopping six and eight years.

In Romania, women live, on average, eight years longer than men (78.4 years compared to 70.5) – one of the largest gender gaps in life expectancy in the EU.

One major culprit that shortens the lives of many Bulgarians and Romanians is the ailing healthcare system.

Per capita spending on prevention in both countries is the lowest in the EU, the document says. The healthcare system is under-resourced and underperforming.

Despite recent spending increases, healthcare funding on primary care is also the lowest among EU countries. The weakness of primary care and prevention could explain the high mortality rates in Romania in Bulgaria from both preventable and treatable causes.

The report says that in Bulgaria “it is estimated that up to one-third of all patients circumvent primary care physicians by going directly to hospital emergency departments”.

The healthcare in both countries has consistently been ranked in past years as the EU’s worst according to the Euro Health Consumer Index. Romania (€661 per inhabitant) and Bulgaria (€626 per inhabitant) spend less on their medical system than any other EU country, according to Eurostat, way behind top performers such as Luxembourg, Sweden and Denmark, all with over €5,500 health expenditure per inhabitant each year.

Another problem identified by the report is the lack of medical staff.

For Romania “the migration of medical staff has contributed to the shortage of health workers in the country, and the number of doctors and nurses per capita is well below the EU average. This negatively affects access to care and increases waiting times”.

In Bulgaria “several factors contribute to the nursing shortage, including the low number of nursing graduates, a loss of trained nurses due to emigration, an ageing workforce (the average age of nurses is over 50) and dissatisfaction with salaries and working conditions”.

This is a problem former communist EU countries have been battling for decades. Droves of doctors and nurses left to work in other member states in search of better pay and better work conditions, escaping the lack of investment in the medical system, widespread corruption, and politically-appointed hospital managers.

In addition to the poor healthcare system, the European Commission report shows that unhealthy habits contribute to almost half of all deaths in Bulgaria and Romania.

Bulgaria gets the same grim assessment.

“Smoking, unhealthy diets, alcohol consumption and low physical activity are responsible for nearly half of all deaths in Bulgaria. The adult and adolescent smoking rates are the highest in the EU.”