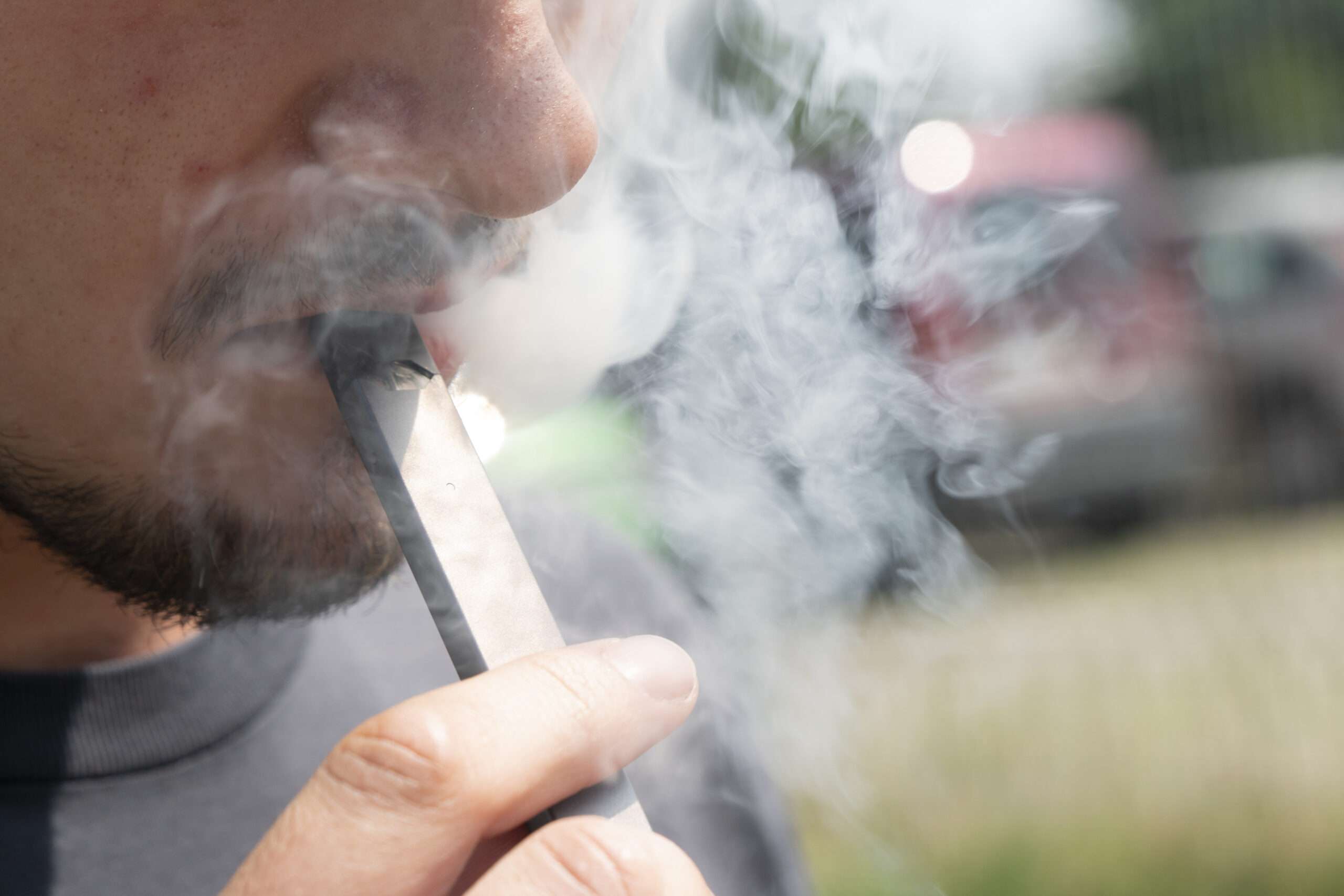 A new study of smokers who initially had no intention to quit provides striking evidence that nicotine vaping products help people give up cigarettes, reinforcing the viability of this harm reduction tool. The researchers, who reported their findings yesterday in JAMA Open Network, found that people who vaped every day were eight times as likely to quit smoking as those who did not use e-cigarettes.

“These findings are paradigm-shifting, because the data suggest that vaping may actually help people who are not actively trying to quit smoking,” says study co-author Andrew Hyland, who chairs the Department of Health Behavior at Roswell Park Comprehensive Cancer Center. “Most other studies focus exclusively on people who are actively trying to quit smoking, but this study suggests that we may be missing effects of e-cigarettes by not considering this group of smokers with limited intention to stop smoking—a group that is often at the highest risk for poor health outcomes from cigarette smoking.”

Hyland and his colleagues analyzed data from four waves of the Population Assessment of Tobacco and Health (PATH) Study, focusing on 1,600 adults (18 or older) who initially were smoking every day, were not vaping at all, and “did not plan to ever quit cigarettes or tobacco for good.” Four-fifths of these respondents smoked 10 or more cigarettes per day, while half smoked a pack or more. Overall, 6.2 percent of them had stopped smoking by the end of the five-year study period. The quit rate among respondents who became daily e-cigarette users was 28 percent, compared to 5.8 percent among respondents who did not use e-cigarettes at all.

Daily e-cigarette users were also much more likely to reduce their smoking when they did not quit altogether: At follow-up, 45.5 percent of them were no longer smoking every day, compared to 9.9 percent of respondents who never tried vaping. There was no statistically significant difference in quit or cutback rates between the latter group and smokers who vaped less frequently than every day.

After Hyland et al. adjusted for sex, race and ethnicity, age, education, household income, and cigarettes smoked per day, they found that the daily vapers were eight times as likely as nonvapers to quit and nearly 10 times as likely to stop smoking every day. Those results are especially remarkable because none of the respondents had any plans to quit during the first round of the survey.

These findings are consistent with earlier research, also based on PATH data, that found smokers who initially had no intention to quit were more likely to change their minds if they started vaping every day. But Hyland et al. note that “we did not assess whether any changes in quit intentions mediated the association between e-cigarette uptake and cigarette discontinuation.” They say “future work is important to understand the causal mechanisms underlying our findings.”

The researchers also note that “there may be self-selection differences between those who subsequently used e-cigarettes and those who did not.” In other words, smokers who started vaping every day may have been especially inclined to quit, notwithstanding their responses in the baseline survey.

Clinical trials can avoid those interpretive difficulties by randomly assigning smokers to vaping and nonvaping groups. One such study, reported in a 2019 New England Journal of Medicine article, found that subjects who used e-cigarettes were 82 percent more likely to quit smoking than subjects who used conventional nicotine replacement products such as patches and gum. That study, unlike Hyland et al.’s, was limited to smokers who were interested in quitting.

“A growing body of evidence indicates that vaping can foster smoking cessation,” although the evidence is not definitive,” David J.K. Balfour and 14 other leading tobacco researchers noted in an American Journal of Public Health article last August. A 2020 meta-analysis of 26 randomized controlled trials concluded “there is moderate-certainty evidence that [e-cigarettes] with nicotine increase quit rates compared to [e-cigarettes] without nicotine and compared to nicotine replacement therapy.”

The results of population studies, Balfour et al. said, “are consistent with a near doubling of quit attempt success, found in the randomized controlled trials, and the fact that e-cigarettes are smokers’ most used aid in quit attempts.” They also noted that declines in U.S. cigarette sales accelerated sharply as sales of vaping products took off, which reinforces the impression that more vaping means less smoking.

For the millions of Americans who have chosen vaping as a risk-reducing alternative to smoking, studies like these simply confirm what they already know from personal experience. But it seems that no amount of evidence will persuade politicians who perceive “electronic nicotine delivery systems” (ENDS) as a grave threat to teenagers rather than a way to reduce smoking-related death and disease, potentially on a massive scale. According to Rep. Raja Krishnamoorthi (D–Ill.), author of a bill he calls the END ENDS Act, “there’s simply no evidence that vapes help [smokers] to quit.”