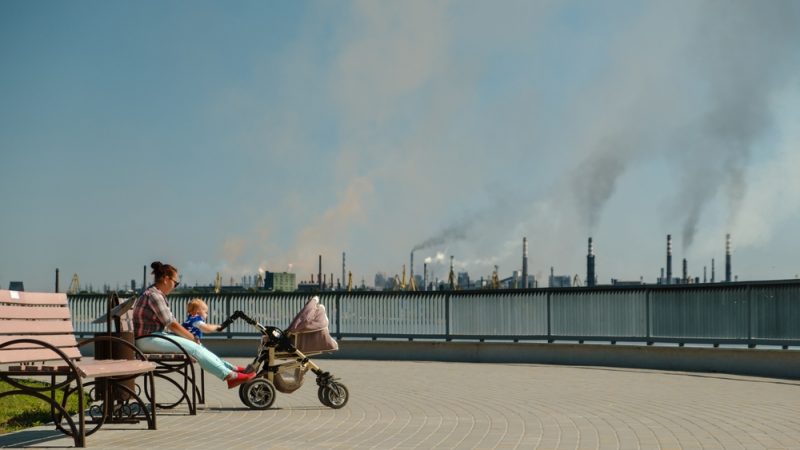 Some 1.8 million excess deaths and nearly two million asthma cases have been attributed to air pollution in 2019 worldwide, according to two studies published in The Lancet Planetary Health journal.

The studies, published on Thursday (6 January), both highlight the “ongoing need” for strategies to improve air pollution and reduce exposure to harmful emissions. The most vulnerable are the elderly and children.

One of the studies found that 2.5 billion people – around 86% of people living in urban areas worldwide – are exposed to unhealthy particulate matter levels. This resulted in 1.8 million excess deaths in cities globally in 2019.

Another study found that nearly 2 million asthma cases among children around the world were linked to traffic-related nitrogen dioxide (NO2) air pollution, with two in three occurring in cities.

The findings come when the European Commission is preparing a legislative proposal to revise EU air quality standards to align them more closely with the World Health Organisation (WHO) recommendations.

The initiative will be part of the EU’s flagship environmental policy, the European Green Deal, planned to be adopted in the second half of 2022.

EU air quality standards are currently falling behind WHO recommendations, but they are still not manageable for some member states.

For NO2, the limit value for annual average concentrations is 40 μg/m3 – a level that is persistently exceeded in several member states’ urban areas. Because of this, the European Commission has 14 infringement cases open against 13 Member States and the United Kingdom.

Between 1990 and 2019, the number of premature deaths attributable to air pollution in the European Union’s member states has decreased from around 1 million per year to approximately 350,000 per year.

Europe stands to avoid €200 billion in healthcare costs every year and significantly reduce premature deaths if the EU ends up adopting an ambitious climate change policy for 2050, according to the European Commission’s long-term strategy.

The first study focused on particles with a diameter of 2.5 microns or less (≤PM2.5), as smaller particles pose increased health risks. Due to their size, they can penetrate the lung barrier and enter the blood system, increasing the risk of developing cardiovascular and respiratory diseases and lung cancer.

WHO informed that “there is a close, quantitative relationship between exposure to high concentrations of small particulates and increased mortality or morbidity, both daily and over time.”

People in cities breathe unhealthy portions of particulates every day. “The majority of the world’s urban population still live in areas with unhealthy levels of PM2.5,” said Veronica Southerland of George Washington University and lead author of the study.

Pollution is going down in the EU

Although global urban average PM2.5 concentrations were consistent throughout the research, the European region has seen a decrease over the past two decades.

The EU’s National Emissions Ceilings (NEC) Directive adopted in December 2016 has set stricter limits on the five main pollutants in Europe, including PM2.5 and NO2.

The directive has set a target of 49% reduction of PM2.5 and 63% reduction of nitrogen oxides between 2005 and 2030. The target seeks to bring air quality in line with the guidelines published by the World Health Organisation.

However, it is a long road to positive health impacts from cleaner air. “Avoiding the large public health burden caused by air pollution will require strategies that not only reduce emissions but also improve overall public health to reduce vulnerability,” Southerland said.

The second Lancet study revealed that NO2 concentrations are also trending downward in Europe – however, researchers maintain that more must be done to protect children’s respiratory health.

“Even with these improvements, current NO2 levels contribute substantially to paediatric asthma incidence, highlighting that mitigating air pollution should be a critical element of children’s public health strategies,” said Susan Anenberg of George Washington University and co-author of the second study.

Asthma affects 30 million Europeans and one-quarter of European children, presenting health-related and economic challenges. The total cost of asthma in Europe is €17.7 billion per year, and productivity loss due to patients’ poor control of their asthma is estimated at €9.8 billion per year.